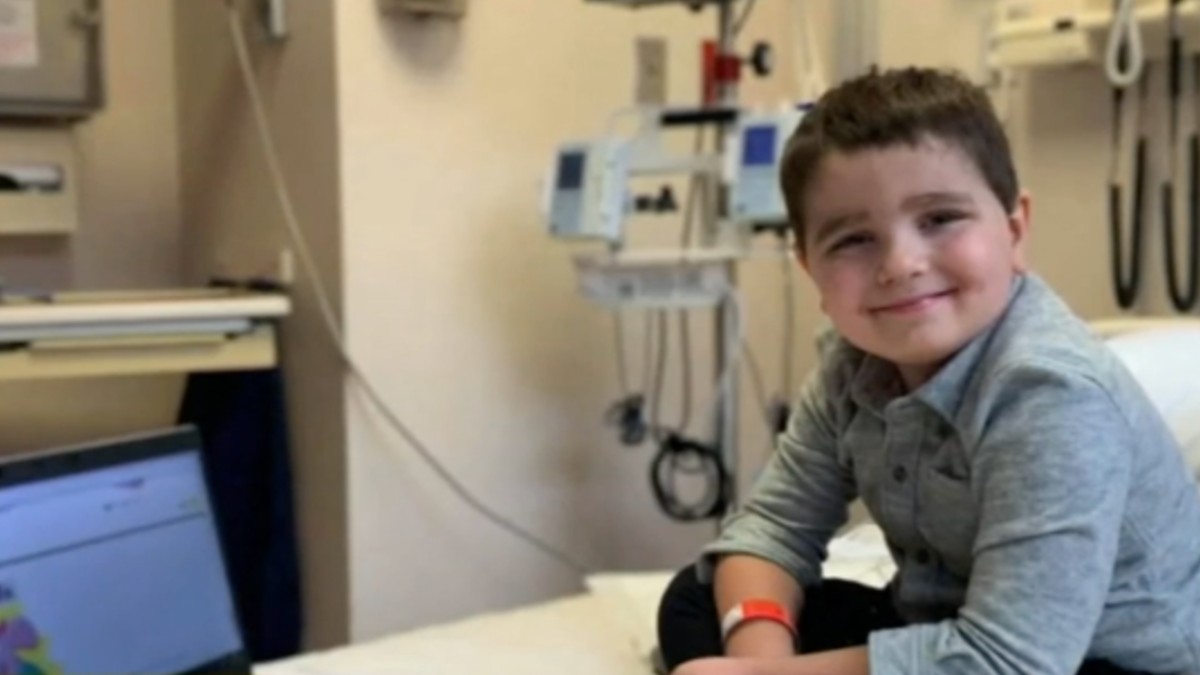 The first day of school is always an exciting one, especially when you haven’t been able to attend in-person like so many students this past year.

For 6-year-old Nathan Herber, he hasn’t been able to physically attend school for the past 900 days. So when he showed up to school in Rochester, Minnesota on March 25, he received an incredible “welcome back” from both students and staff.

In September 2018, Nathan had a persistent wheezy cough. Doctors at the Mayo Clinic in Kasson, Minnesota discovered a large mass in his chest.

“My wife and I were devastated. We held him all night crying,” Andy, Nathan’s father, told the Mayo Clinic in 2019. “It was the worst night of my life.”

The following day he underwent multiple tests and scans. Nathan was diagnosed with non-Hodgkin lymphoma. He was only four years old at the time.

He began chemotherapy four days after receiving his diagnosis.

Nathan took oral and short chemotherapy infusions at home, but for longer infusions he had to go to the Mayo Clinic.

By the end of 2018, his immune system was so weak he could barely open his presents on Christmas.

The complications only got worse and he was admitted to the hospital.

“He looked at me and asked, ‘Will you snuggle with me?’ That was the last thing he said before going into respiratory failure,” his mother Becky said.

Nathan’s situation was so dire that Becky and Andy were willing to try anything, including an investigational treatment that thankfully worked.

Over the next several months, Nathan continued to improve.

“I have been working at Mayo for 19 years, and Nathan is one of the many miracles I have seen,” Dr. Vilmarie Rodriguez, Mayo Clinic pediatric hematologist-oncologist, said.

As Nathan continued to improve and he was able to more things a kid his age could do, the world shut down.

Rather than join his classmates in school, he had to log in to a virtual classroom. But on March 25, the kindergartner was finally able to join his friends at St. Francis of Assisi School.

The original plan was for Nathan’s class to greet him as he made his return after 900 days of treatment, but soon nearly the entire soon wanted to be involved.

“I’m gonna be happy, because I might be able to see my friends from all the [classes] that I had last time,” told ABC News ahead of the big day.

Nathan will return to school full time in the fall.

“It’s very uplifting. We have not been alone at all through this journey,” Becky said. “It’s just such a loving embrace to put closure to a long road and long journey with people who have been with us through the process and deserve to celebrate the end with us.”

I’m so happy for you Nathan!