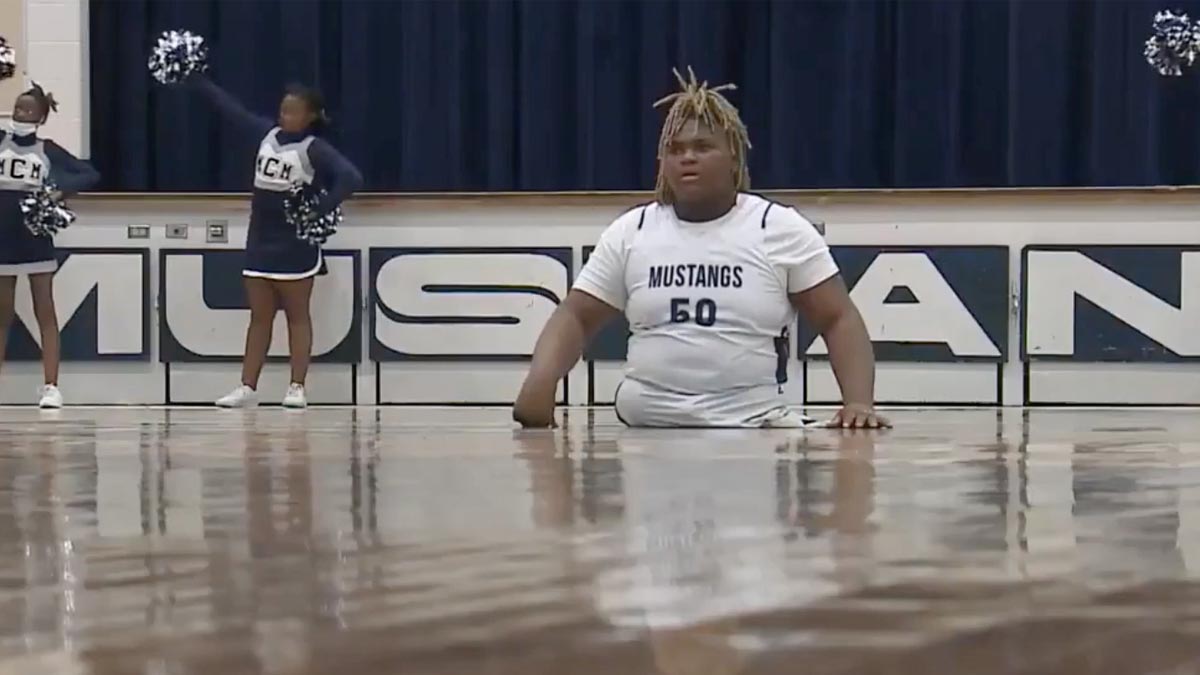 An 8th grader from Kentucky is inspiring others to go after their dreams and “prove your doubters wrong.”

Josiah Johnson was born without legs, but that has yet to stop him from accomplishing anything he has put his mind to, even making his middle school basketball team.

“It’s something I had to do,” he said. “I don’t want you doubting me because I don’t have legs. I want to show you that I’m just as human as you, and just as good as you are, if not better.”

He’s been playing basketball ever since he was in kindergarten, but this is the first year he’s been on a team.

After he made the Moore Middle School team he was extremely excited, though he tried to play it cool in front of his coach.

“Actually, like, I acted like I wasn’t excited in front of the coach. But when I went to gym, I was excited. I was like, ‘I made the team! I made the team!’ I wanted my teammates to know.”

One of his teammates, Dexter McAtee, who has been in the same class since they were in elementary school, said Josiah surprised him because “He’s just like the rest of us.”

“I really thought of him just like me. I really didn’t think of him with no legs. I thought he was the same.”

And their coach would agree.

“He shows up every day. If we have to do sprints or something like that, he runs them, too. So that’s very exciting to see him actually get out there and do everything that they try to do,” Moore coach Daquan Boyd said.

Ever since joining the team, Josiah has worked incredibly hard, and his efforts were rewarded as the 8th grader started Thursday night.

While he didn’t score, he stole the ball which led to a fast break, grabbed a rebound, and logged an assist.

“It’s cool having people look up to you and think you’re an inspiration and stuff,” Johnson said. “But it comes with, like, a lot of things and stuff. So, it’s just like, exciting, but nerve-wracking at the same time.”

Josiah you are an inspiration! Don’t ever let anyone tell you that you’re not capable of doing something!