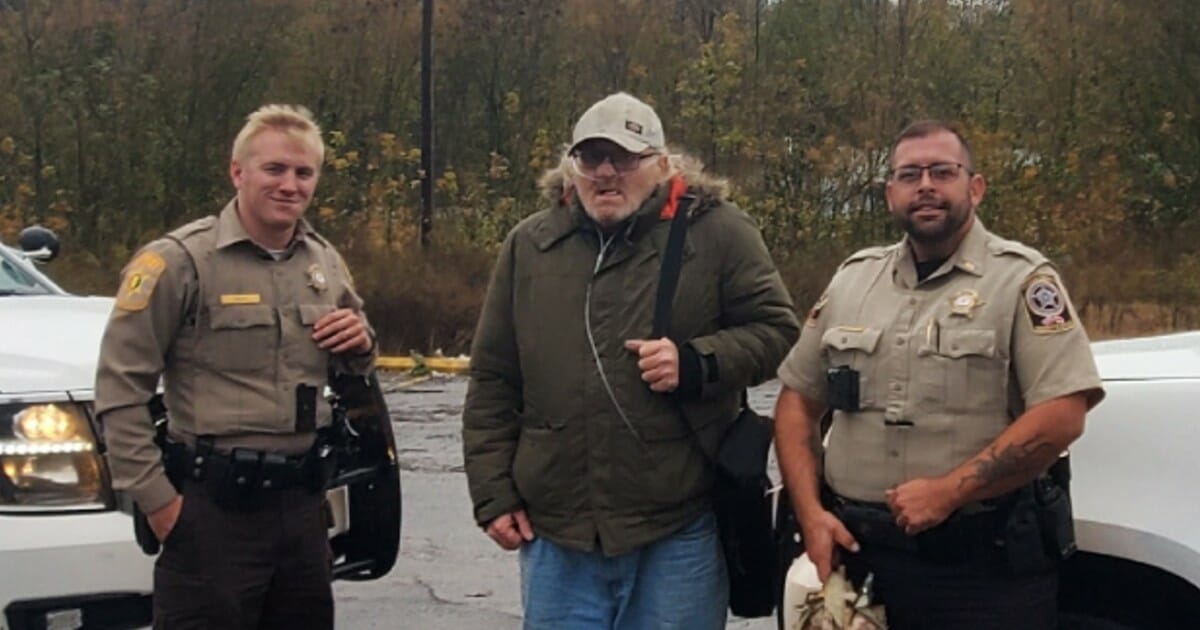 On Wednesday, a deputy from Walker County Sheriff’s Office in Alabama spotted a man with an oxygen tank walking down the road. The deputy learned the man, a disabled veteran, was on his way to a doctor’s appointment in Huntsville, nearly 100 miles from his current location.

Knowing he couldn’t miss the appointment, the man, Gerald Baldwin, began to walk from Jasper, Alabama to Huntsville.

A Walker County Sheriff Office Deputy escorted him to the county line.

When they reached Morgan County, another sheriff’s deputy took over and transported Gerald to the final county the veteran needed to travel through in order to get to his appointment.

The final deputy took Gerald to his appointment.

After a long day of driving and a very important doctor’s appointment, Gerald and his final driver stayed the night in Huntsville before beginning the trip all over again, but in reverse.

The Morgan County Sheriff’s Office shared a photo of Gerald on their Facebook page and it went viral. Hundreds of thousands of people saw it, including one person who hadn’t seen or spoken to Gerald in years.

“I’ve read that post a dozen times over and over again. I still can’t believe they went as far as they did to get him where he needed to be, and then to do it again in reverse to take him back home,” Lance Baldwin told WAFF. “I’m not a religious person, but somebody was up there watching.”

Lance shared that it’s been at least five years since he last spoke to his father, mostly because there’s a lot of “bad blood” between the two of them.

“I couldn’t bring myself to message him. It’s just a lot of bad blood between us. But I knew his health was declining and he had cancer surgery the last time we spoke. I should’ve been there more,” he said.

Lance said that after seeing the post and the lengths people we willing to go for his father, he planned on reaching out to him.

The amount of kindness involved in this story is unimaginable! These sheriff’s deputies all have hearts of gold.

I also really hope this father and son are able to reconnect.