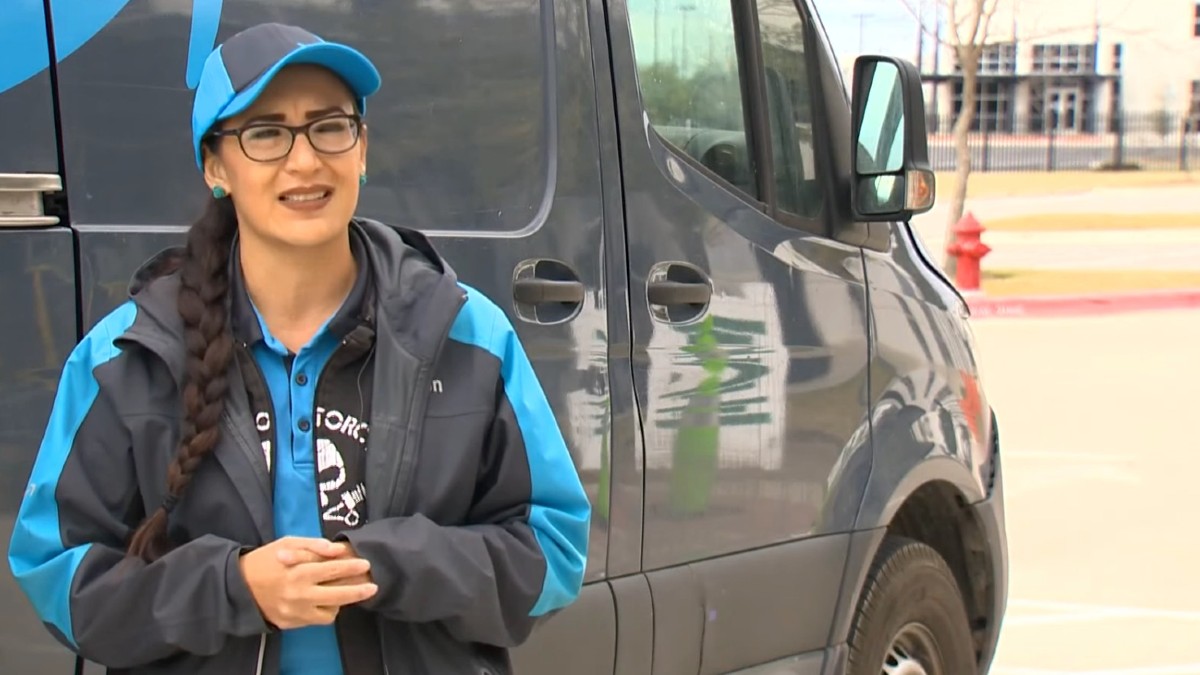 James Nowlin, a senior U.S. Federal District Judge, living in Red Rock, Texas recently found himself in a potentially life or death predicament after taking out the trash.

He had fallen and couldn’t move his leg. After an hour of laying on the snowy ground in just a sweatshirt and sweatpants, an “angel and a saint” found him.

That angel was Elisha Infante, an Amazon delivery driver.

Nowlin, 83, has spent most of the pandemic living at his ranch in Red Rock, a rural countryside.

On January 10, the current senior U.S. Federal District Judge went to bring his garbage out to the street. Since it was snowing, a rarity in Central Texas, and it was a long walk from his home to the end of his driveway, he decided to drive.

“I was in the process of moving it out the front gate kind of across that cattle guard, but I was trying to stay away from the cattle guard,” he told KVUE.

He was trying to avoid the cattle guard because he didn’t want to slip.

But in his effort to avoid stepping on the cattle guard, he misstepped and all of a sudden his left foot went out from under him and he landed hard on his left side.

“I know it was even more serious when I looked and saw that I could not move my left leg,” he said.

Since Nowlin expected the chore to take only a few minutes, he left his house wearing only a sweatshirt and sweatpants, and he didn’t have his phone.

To make matters worse, no one else was home.

I could not get on my feet to get back to the car or basically to move anywhere other than push myself with my hands on my butt … which I did back up across the cattle guard to my car … which is parked maybe 50, 60 feet away inside the gate. So I got up to the car thinking I could grab hold of the door handle on the driver’s side and pull myself up. I was unable to do that.

“And this was one of those situations where I was down on the ground, it was snowing more heavily. It was cold as hell, and I couldn’t take care of myself. I couldn’t do anything. So it was a precarious position.”

As he lay on the ground, Elisha Infante was driving down one of the country roads in Red Rock.

As she passed Nowlin’s driveway she randomly looked towards his home, something she questions “if it was a spirit, an angel, the guardian of some sort or just intuition” that made her look.

Whatever the reason, it most likely saved his life.

Infante stopped and called 911. She used her Amazon coat to keep him warm and the two talked to keep him alert while they waited for medics.

“And then he says, ‘I’m not feeling good. I can barely talk to you. My eyes are getting heavy, and I can’t feel my my hands and my feet,'” she said.

She called 911 again and asked how to perform CPR, but thankfully it was not necessary as the medics arrived.

Nowlin was taken to the hospital where he received surgery for a fractured femur.

“I thought, ‘That’s somebody’s grandpa,'” she said. “I know something or somebody put me there. I know that for a fact because I know what I felt and I know a lot of people don’t believe in faith or they don’t believe in stories like this. But it’s real, you know? Somebody sent me there. I never go to Red Rock, ever.”

Nowlin was extremely thankful for Infante, calling her “an angel and a saint.”

“So, I believe that I would have probably perished if she had not come by.”

And as a way to say thank you, Nowlin helped Infante purchase a new car, something she had been saving to buy.

In addition to using the car to drive to and from work, she told KVUE she plans to use it to volunteer with Meals on Wheels and provide medical transports for a local pet rescue.

Elisha you are the perfect example of an every day hero. You deserve to be celebrated.