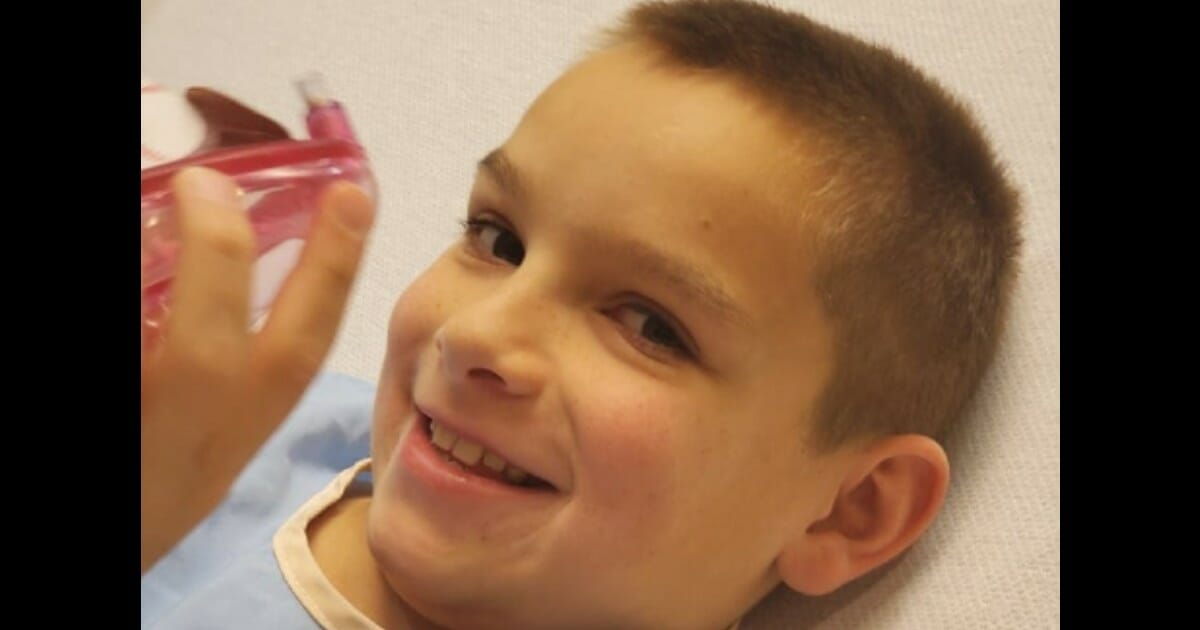 Have you sent out your Christmas cards yet? If you haven’t, William Sidebottom asks that you add him to your list.

The nine-year-old from Asheboro, North Carolina was born with Hypoplastic Left Heart Syndrome (HLHS) and the donor heart he received three years ago is rejecting.

His mother believes this could be his last Christmas.

“We’re just going to give him the best holiday ever and hope and pray,” Jennifer Lowery, William’s mom, wrote in a Facebook group.

William has had HLHS, a birth defect that affects blood flow through the heart, since birth. When he was 10 days old he had his first open-heart surgery.

“He coded for 45 minutes while I watched in horror. Luckily he survived and had 2 more open-heart surgeries before the age of 4,” Lowery shared.

When he was six, he had a heart transplant. But now William’s body is rejecting his donor heart, the heart that saved his life.

“William’s body is rejecting his heart and is only given months to live. William is just 9 years old,” a friend shared with WFMY. “He is at 80% heart failure. He is not a candidate for a new heart because his immune system is too strong and it would just reject a new one.”

Lowery wrote on Facebook that William has run out of options.

“All of his arteries are blocked and he’s even grown new ones to compensate. His amazing team is still exhausting all options, calling every hospital and doctor because no one could ever give up on such an amazing kid.”

Although time may be running out for William, Lowery wants to make sure what time he does have left is memorable.

Friends of the family have organized fundraisers, including a GoFundMe, to help support the family.

If you would like to help make William’s Christmas, you can send him a card to the address below.

Let’s make this one of the best Christmases he’s ever experienced. Share this on Facebook to spread the word!