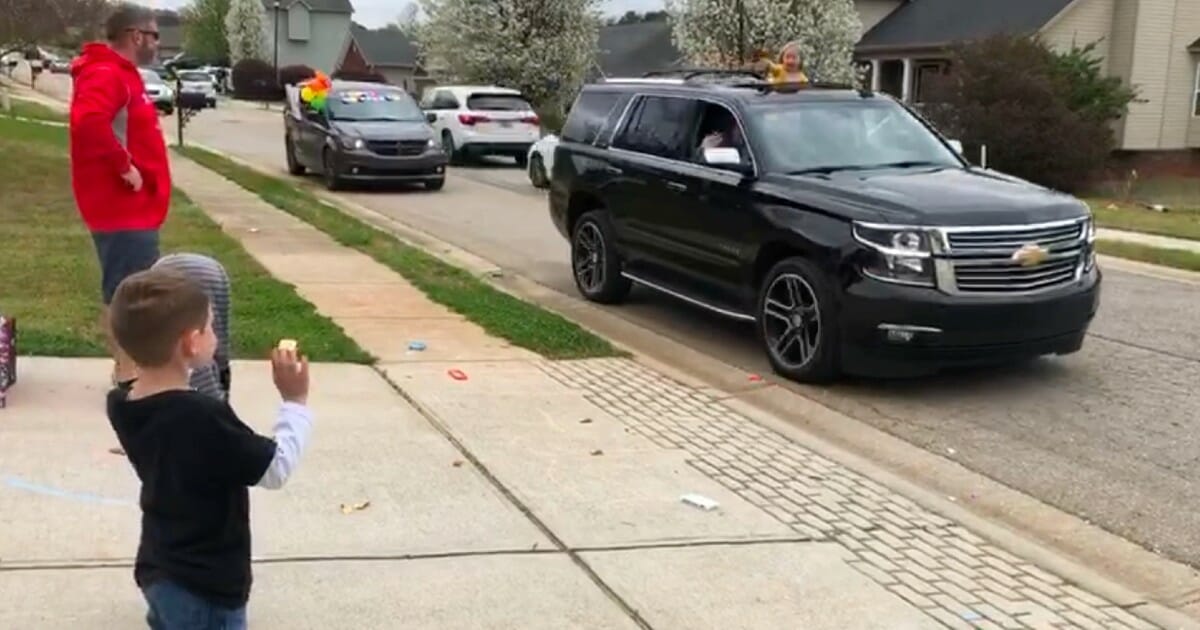 In New Jersey a soldier was welcomed home from a nine month deployment with a 100-car salute, and in Miami, Florida, faculty and staff at Carrollton School of the Sacred Heart held a parade for the graduating seniors.

These car parades have taken place with more frequency across the country, but one county in California is putting a stop to them.

“Parades, ceremonies, and similar gatherings with people outside your household are not allowed, even if everyone stays in their cars.”

According to the Santa Clara County’s Public Health Department, car parades are not permitted.

Residents are understandably upset, especially since parades previously went on without a hitch, some were even led by local police departments, and neighboring counties have not issued further guidelines.

“It’s unfortunate because it’s the same concept we do for handing out lunches, but the county is saying that lunches are essential and graduations are not,” Chris Funk, the superintendent of San Jose’s East Side Union School District, told the Mercury News. “School districts are frustrated because we want to do something for our graduates.”

“The reality is that the rule has always been there, the prohibition has always been in place — but we recognize the issue was not clear to some people,” deputy Santa Clara County executive David Campos said.