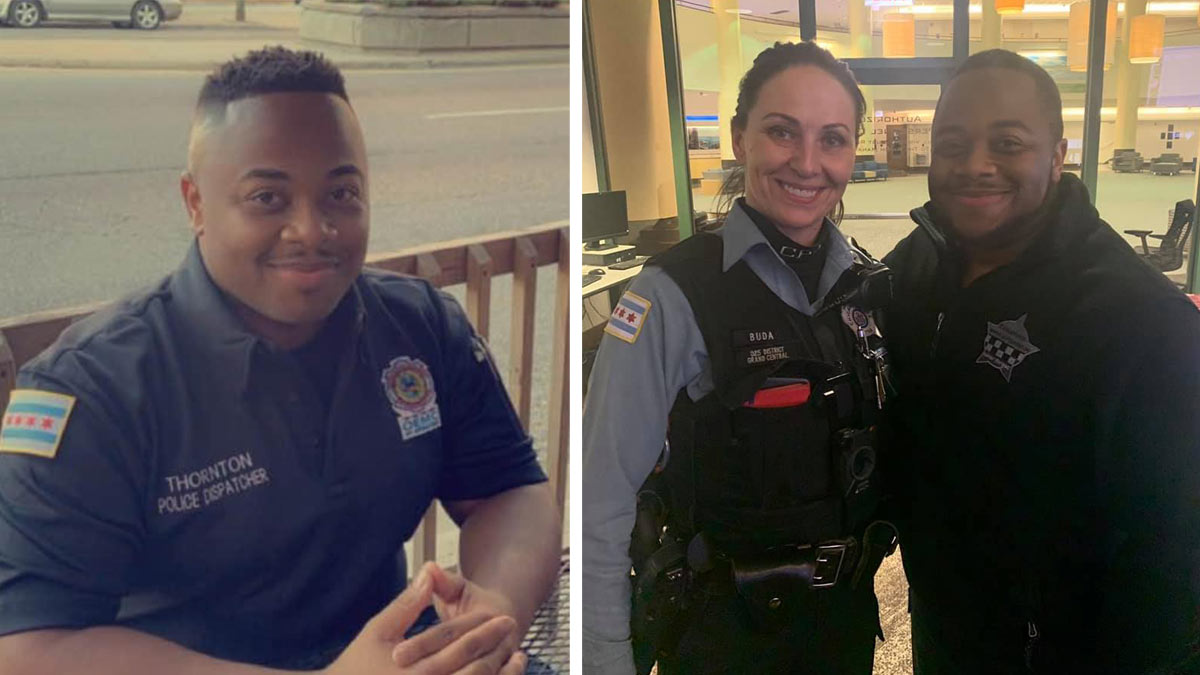 On Saturday night, 29-year-old Officer Ella French was killed while conducting a traffic stop on Chicago’s South Side. Her partner was seriously injured, and many, including Chicago’s Mayor Lori Lightfoot, are praising the 911 dispatcher for saving his life.

“I just want to make sure he knows our city is proud of him,” a viral social media post from Ian Matthew Lopez read.

Keith Thorton Jr., who has been working as a dispatcher since 2001, received the frantic call for help Saturday night.

In a calm voice, he requested emergency personnel to set up a perimeter while directing others to “take that damn vest off and start compressions, start breathing, whatever we have to do…”

“I got backup to my police officers in a matter of seconds during the time that they needed it the most,” he later shared on Facebook.

And because he was able to get help to French and her partner, he’s being credited with potentially saving her partner’s life.

“You were fast thinking, quick on your feet, and took initiative without any direction in the very beginning stages and ran the emergency like an actual incident commander – far beyond the criteria of any dispatcher,” Lopez wrote.

“This city is proud of you. I’m so proud of you for all your hard work and for showing our city what it means to be an amazing 911 dispatcher and why it is so important for us for fight for you hero’s to be deemed as first responders.”

WGN-TV reports that Thorton will be formally recognized for his quick-thinking, and that he plans to meet with French’s family so that he can pay his respects.

Two brothers have been arrested and charged in the fatal shooting.

Keith, the way you remained calm is worthy of lots of praise. If it wasn’t for how you were able to handle this extremely volatile situation, who knows what the outcome may have been.