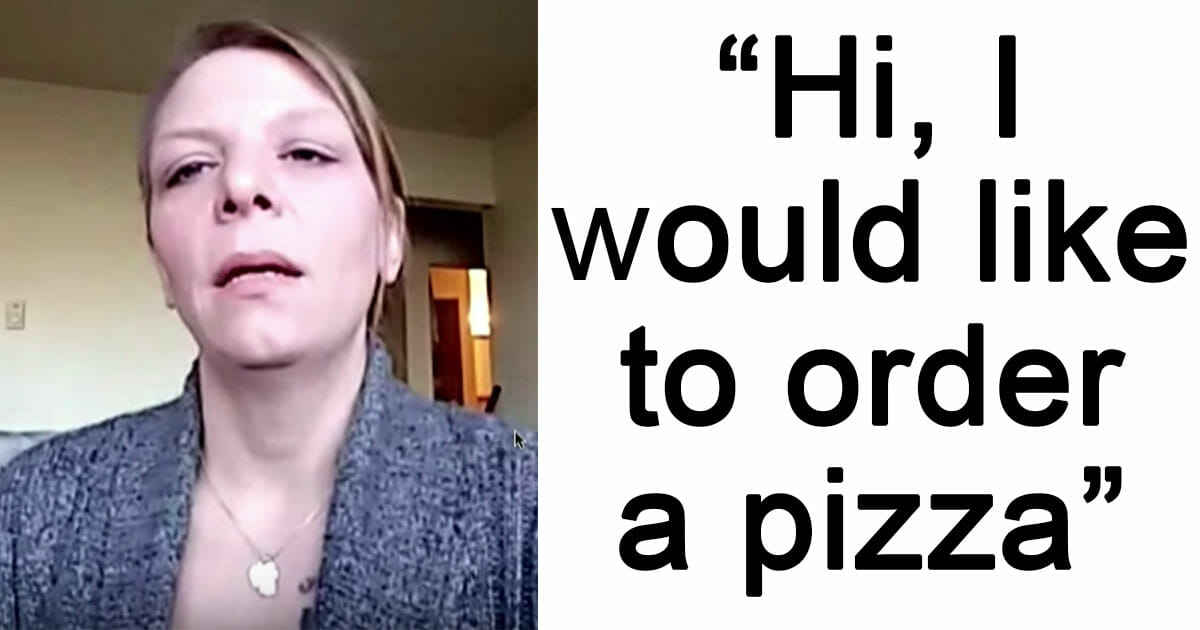 Tim Tenyeck’s day at work as a 911 dispatcher took a sudden turn when a women called with a weird question.

She wanted to order pizza and he quickly realized that she must’ve dialed the wrong number.

But the woman on the other side, Tiffany Urban, had done the right thing. When she said what topping she wanted on her pizza, Tim knew it was a matter of life and death.

Tim Tenyeck has been working as a 911 dispatcher in Ohio for 14 years.

During this time, he gained a lot of experience in how to be efficient, but also to be able to sense when something might be wrong.

Tim learned to deal with people with panic. And sometimes when people called to say something that they couldn’t speak directly about.

A while ago, Tim had to put all his skills to the test. A woman called, asking a question which made him suspicious .

She wanted to order a pizza.

“You called 911 to order a pizza,” Tim asked the woman over the phone.

“This is the wrong number to call for a pizza”, Tim said.

The woman got anxious and repeated “no” several times.

She wasn’t really calling to order a pizza.

“You’re not understanding,” the woman said.

That’s when Tim finally understood she was being serious. She didn’t call to order a pizza. This was a real emergency, and she was speaking to outsmart her abuser with code language.

She was in a terrifying situation and she couldn’t get out. It was alleged domestic violence.

Tim was a real professional. Tim knew, after 14 years on the job, what he had to do. As the great guy he was, he was calm and asked for her address, apartment number, and more information about the abuser, who turned out to be her mother’s boyfriend.

“Yes, I want to order a large pizza.”

The woman was in a dangerous situation. The man had abused her mother and they couldn’t get out of the house. At the same time, she knew that she had to keep him inside the house in order for police to arrest him.

Tim continued speaking her code language. When she said what toppings she wanted, he answered with composure.

He managed to send a call out to a nearby patrol who were quickly dispatched to the house. The cops turned the lights off before turning into the driveway, in order to not get the boyfriend suspicious.

The man was arrested shortly afterwards and both Tiffany and her mother were finally free. All thanks to her incredible courage, bravery, and smartness to call 911 using code language.

At the same time, we want to send Tim a huge thank you for his fantastic act. He is a real hero that brings safety and security to our community.

Please share this article to honor Tim for his heroic actions!