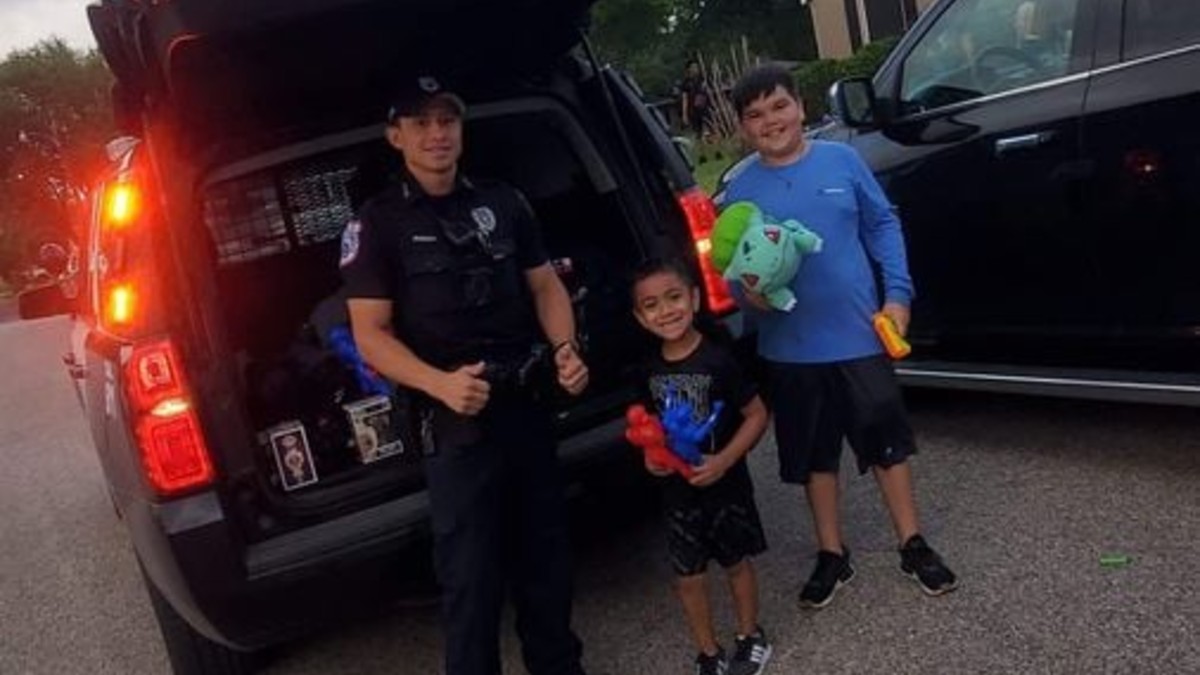 During a time when police officers’ actions are more closely scrutinized, one group of police officers from Texas City, Texas are receiving praise for how they handled a situation that like so many before them have ended badly.

“They were running around the yard and they had Nerf wars,” Adriana Reyna said. “They were wrestling and just enjoying family time.”

The Reynas were having a birthday celebration at their home in Texas City. It was the first time many had seen each other in over a year, but their joyous reunion was rudely interrupted when a neighbor allegedly called 911 to report gunshots and people fighting.

“They were very frightened,” Adriana said. “All of us were. We did not have a clue what was going on.”

But as soon as Taide Pineda, one of the responding officers, realized what was happening he took control of the situation.

Instead of responding to the call and showing force, Pineda realized there was no issue at all. So he reached into a box he keeps with him in his vehicle and grabbed a few toys for the children.

“To me, kids are the future. So we need to make sure that the kids feel safe, that they can trust us,” Pineda said. “So we need to build a relationship with them, try to make them grow up not hating us.”

The Reyna family is extremely grateful for how the Texas City Police Department, especially Pineda handled the situation.

“It could have been worse than what it was you know? Officers could’ve had their guns drawn, and it could’ve gone left really quick,” Adriana’s sister-in-law, Yvette Reyna, said.

“I really give credit to the department for how they handled it,” Adriana said.

These are the kinds of officers we need in our community. Thank you Officer Pineda for recognizing the situation and responding appropriately.