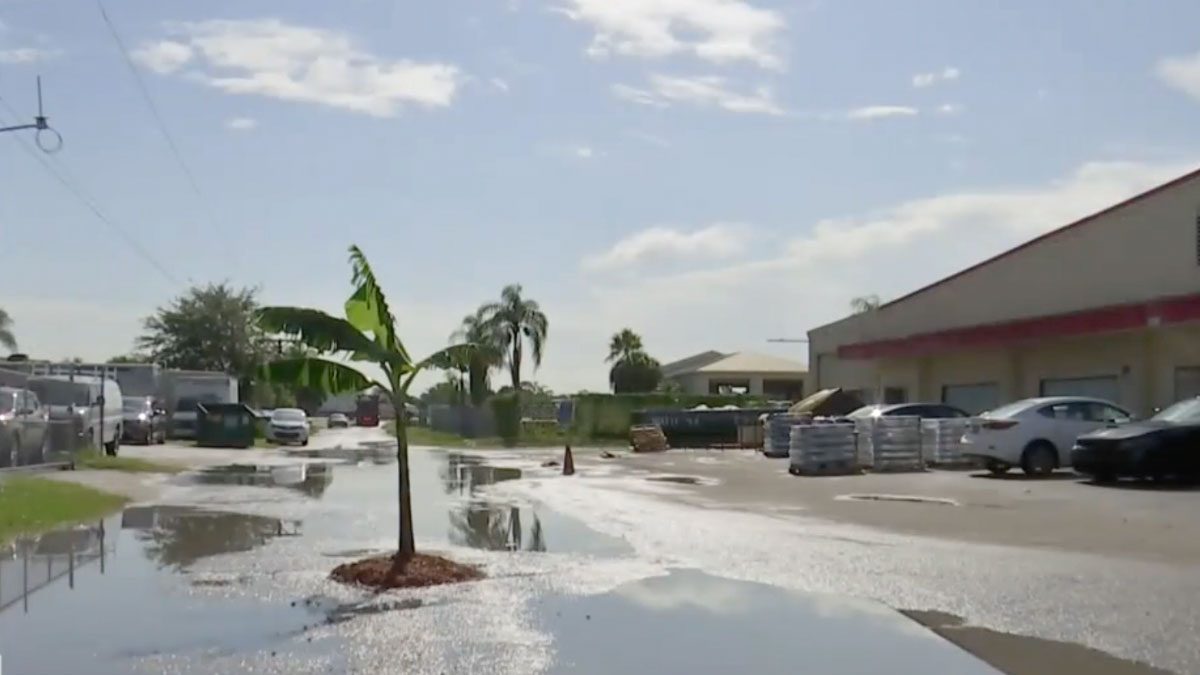 Not only are potholes annoying to maneuver around, but they can cause serious damage if you accidentally drive into one.

Recently, Bryan Raymond had had enough with the potholes that kept appearing on the street in front of his business, so he took matters into his own hands.

“I love it, I think it’s hilarious. We should have more of these,” Scott Shein told WBBH.

Raymond planted a banana tree in one of the potholes.

Potholes on Honda Drive in an industrial area of Fort Myers, Florida have been an issue for some time.

Raymond, the owner of one of the businesses on Honda Drive, had grown frustrated with the damage they were causing and constantly filling the holes with cement, only to have a new one open.

His solution? Fill one of the problematic holes with a tree.

Many find the tree amusing, though some expressed their frustration, which just highlights the street’s issue.

“The tree makes it harder to get around the next pothole that’s right next to it. Because normally I just drive over the pothole but because there’s a big tree you can’t drive through a tree,” Nicholas Angus told WINK.

Whether they like it or not, it seems like the banana tree will be in place until one or all of the businesses owners come up with a more permanent solution.

Since Honda Drive is a private road, the county is not responsible for maintaining it, it’s the responsibility of the private owners.

What do you think about this unique solution to an annoying pothole?