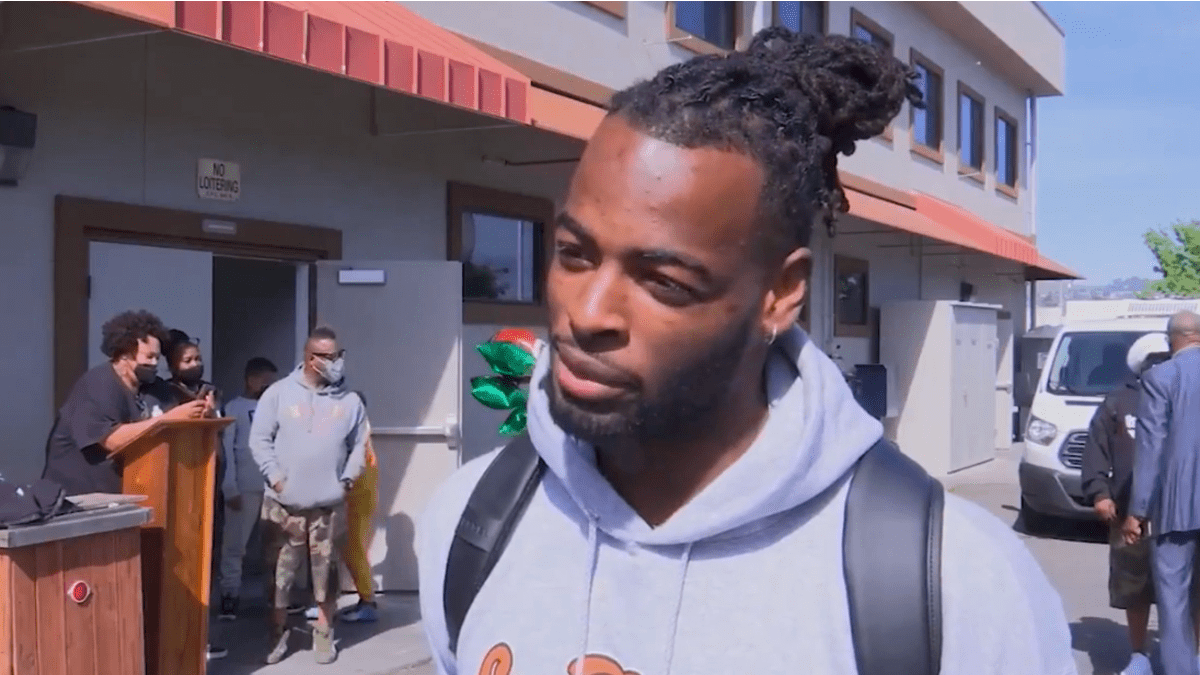 As the best of the best college football players anxiously awaited the start of the 2021 NFL Draft, one of the NFL’s top prospects threw a pizza party.

Najee Harris visited the Greater Richmond Interfaith Program shelter in Richmond, California where they were having a draft party. He provided all of the food for staff and residents.

“It was really emotional for my mom,” he said. “Almost as if she was crying, in a way, because we have a lot of memories here. That was a time in my life when it was really low.”

What many may not realize about the Pittsburgh Steelers newest running back is that he and his family lived at the shelter for some time in 2010.

“That little time we had helped my family out to find another place to stay so just giving back to communities and giving back to places like this means a lot to me,” Harris, who was raised in the East Bay told ABC 7 News.

When Harris was 12 years old, he, along with his four siblings and their parents stayed at the shelter until they were able to get back on their feet.

Now, the NFL player wants to make sure those at the shelter know he’s there for them.

“I wanted to make sure that I could give back to the community and show them if y’all still need anything like I’m never too big or too whatever to help you guys out, I’m always going to be the helping hand,” Harris said.

The football player who has proven he’s a star on and off the field plans to form a non-profit and hopes to remain involved with his community and the shelter that helped his family when they needed assistance.

Thank you Najee for helping your community and wanting to continue to help them. You are an inspiration, and we definitely need more athletes like you.