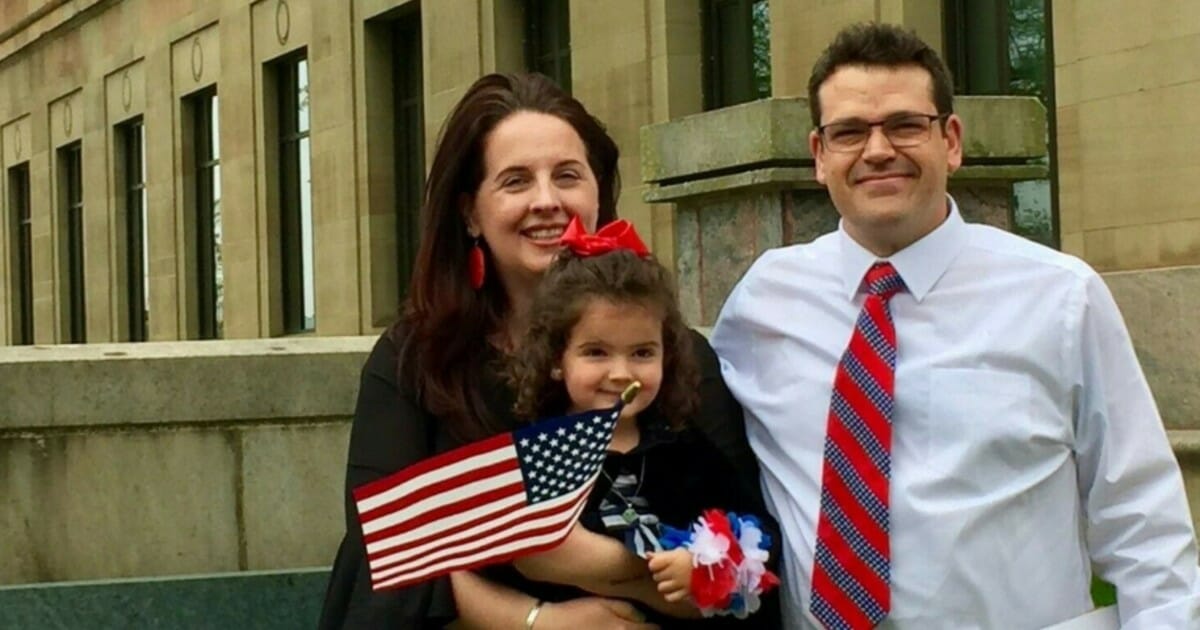 Selling old clothes online is an easy way to clean out your closet and make a quick buck or two.

Recently, Marc Johnson and his wife were tidying up some of their belongings in their Arlington, VA home when Johnson realized he could put some of his old neckties on eBay. He knew he wasn’t going to make much money off of them, but one thing he never could have predicted was how much one of his ties would mean to someone.

In a Twitter thread, Johnson, a former CIA case officer, wrote that one of his ties with an American flag theme received a bid from a man named Jaques Campher.

After Campher, who lives in Ohio, paid for the tie, Johnson noticed there were a few spots on the tie that he hadn’t noted in the eBay listing.

“So I ‘fess up to the winning bidder and tell him I’ll give him a discount if he still wants the tie,” he wrote on Twitter.

I'd like to tell a short story about America. It begins with me listing a necktie on Ebay. It was this tie. I used to wear it on the 4th of July, but I've been downsizing so I decided to sell it. pic.twitter.com/uvoWHAbmJE

Campher had one question, did Johnson think a dry cleaner could get the spots out?

“He said he really wanted it because he wanted to wear it TO HIS SWEARING IN CEREMONY TO BECOME AN AMERICAN CITIZEN,” Johnson wrote.

Johnson decided to cancel the auction and send Campher the American-made flag tie for free.

He sent me a picture of him at the swearing in, wearing the tie! (i've covered his face for privacy reasons) pic.twitter.com/v67imEtud3

Campher was raised by his grandparents in South Africa, where he eventually met his American wife. The two married shortly after they met, but due to visa requirements she was unable to obtain a South African visa acquiring an American visa would take a long time. So, the couple lived in various Latin American countries for several years before settling in Ohio in 2015.

“The people are wonderful, the country is wonderful,” Campher told The Washington Post. “I want my daughter to grow up in this wonderful country.”

UPDATE: I told him he was Twitter famous, and he gave me permission to post this picture of him with his family after the ceremony! ❤️?? /FIN/ pic.twitter.com/xY6oMj7Sss

Following his swearing-in ceremony at the federal courthouse in Columbus, Campher sent photos of himself wearing the American-made tie to Johnson.

“I wanted to show him I’m using the tie and it’s great,” he said.

What Marc did was incredibly kind. He didn’t have to give his tie away for free, but he knew Jaques would put it to good use.

Pass this story on to congratulate Jaques on his citizenship and to thank Marc for his kindhearted gesture.