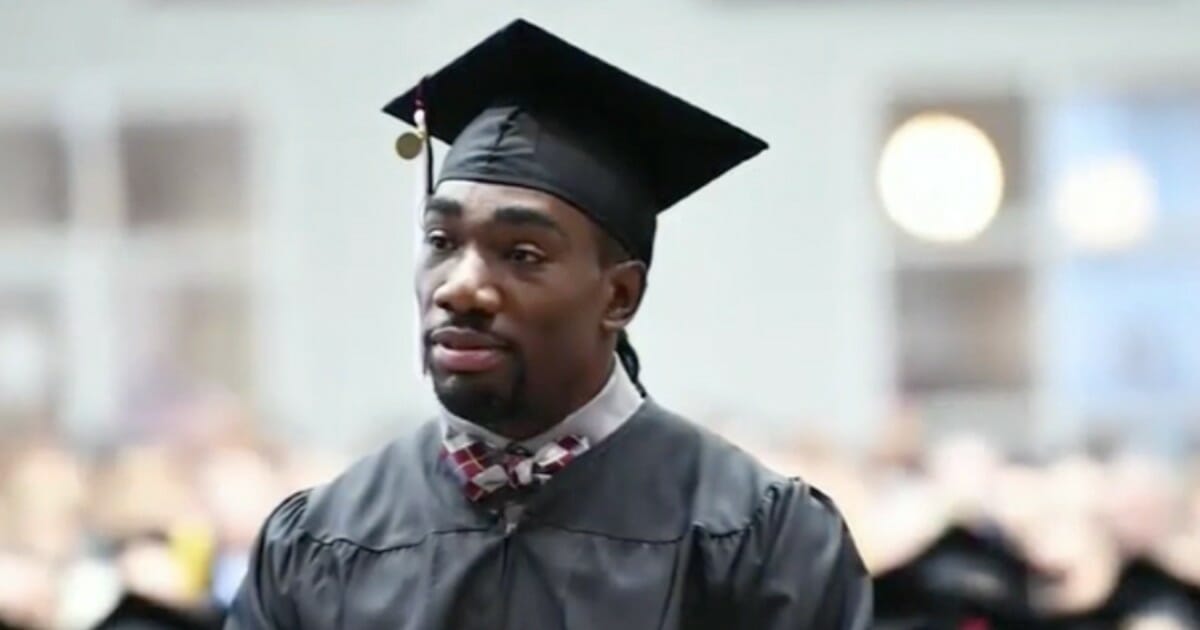 Ryan Matthews was a teenager when he was sentenced to death, after five years he was exonerated, and now as a 39-year-old, father of four he’s graduating from college.

“This is one of my dreams come true,” he told The Denton Record-Chronicle.

Matthews was arrested and tried in Louisiana for the murder of a convenience store clerk when he was just 17 years old. When he was 19 he was sentenced to death.

While his peers were learning, socializing, and doing everything else a teenager does, Matthews spent 23 hours a day in solitary confinement. To occupy his time, he read.

“That was during an important time in my life,” he said. “I was transitioning into adulthood. That crucial time was taken away from me.”

In April 2004, Matthews was granted a new trial after DNA evidence showed he was not the perpetrator. In August, he was exonerated and released.

Within two months of his release, Matthews received his GED, and he didn’t stop there. Matthews, who moved with his family to Texas after his release before moving back to Louisiana before permanently settling in Texas in 2009, attended North Central Texas College.

He transferred to Texas Woman’s University in 2017 because his sister earned her degree there and now she’s working on her doctoral degree at the university. Matthews’ mother, Pauline Matthews, is also enrolled at TWU and working towards a degree.

On Saturday, Matthews graduated with a bachelor’s degree. Now that he has his degree he plans to find an entry-level job before he applying to graduate school for financial planning and accounting.

I don’t know if it’s because the fact my opportunity was taken away from me, but I always thought I’d like to do this. I’m not going to prom or graduating from high school, but I’m over that. This accomplishment feels good, like I’m heading in the right direction. No matter what happens from here on, I did this. I didn’t give up.

Congratulations Ryan! May you continue to succeed in everything you put your mind to!