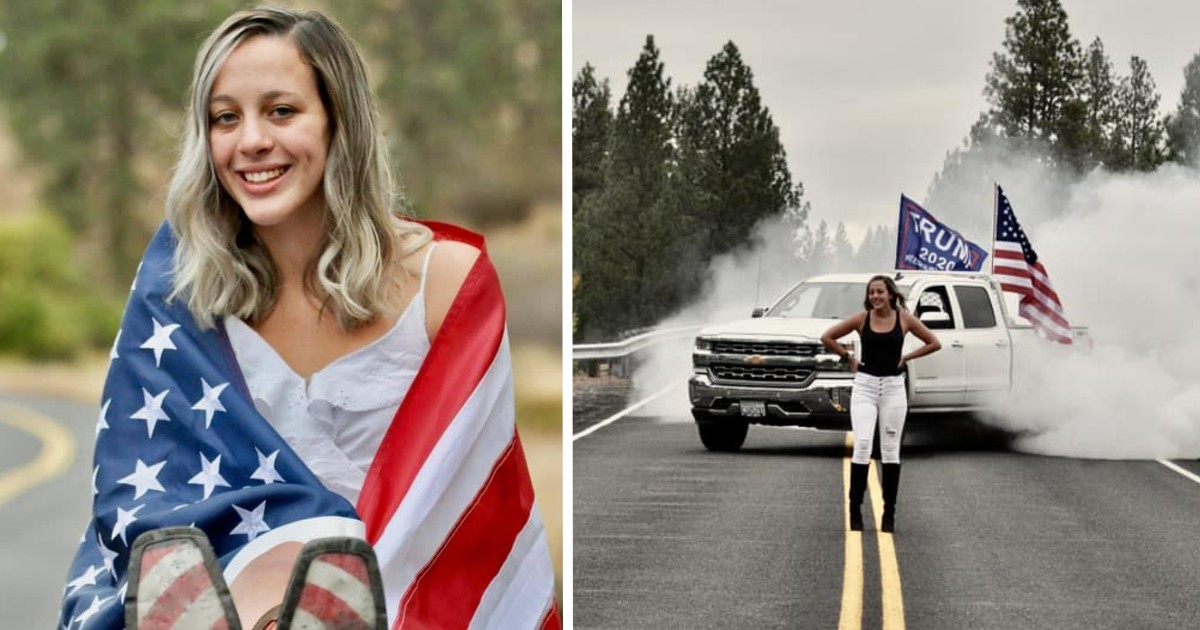 A high school senior is upset after her school informed her that the photo she chose to use for her senior photo was unacceptable due to the use of an American flag.

Sierra Athos is a senior at Lewis and Clark High School in Spokane, Washington, and was excited to show off her personality with her senior photos in her school’s yearbook.

“I love the flag so I just wanted to represent that in the yearbook,” she told KXLY.

The 17-year-old reportedly wanted to use a photo of her standing in front of a truck that had a Trump flag and an American flag flying behind it, but the school rejected it, so she needed to come up with something else.

She chose a photo of her posing with a flag draped over her shoulders.

But that too was an issue.

“They said no props and I didn’t think anything that that was a prop. Does not seem like a prop to me,” Sierra said.

She was especially confused because previous yearbooks featured students, including her brother, with props. The high school student suspects that rules were changed because of politics.

“This year is already crappy enough because there is no prom, no homecoming, no dances, no in-person classes, no sports games, no seeing my friends everyday, no any normal high school things. I at least wanted my senior picture of choice in the yearbook, but apparently that was too much to ask,” she told KREM.

The school’s principal clarified the reason why Sierra’s photo was not allowed, and it wasn’t because they considered the American flag a prop.

“We do not and have not banned the American flag from inclusion in photos,” Principal Marybeth Smith said in a note on Facebook. “We have rejected a photo this year in which our American flag was displayed in a way not sanctioned by Title Four, US Code, Chapter One.”

Smith also noted that the school has highlighted students in the service with photos of them in uniform with the flag in the background, but in Sierra’s case the flag was not being displayed according to the guidelines.

“We respect our flag as much as any school in the area and were concerned that in the photo submitted it was being used as a prop in the photo and was not being afforded appropriate regard,” Smith wrote.

School officials will reportedly meet with Sierra and her parents to go over the new policy, but if she’s not allowed to use her senior photo she doesn’t plan on submitting another.

What do you think of Sierra’s senior photo? Is it acceptable or does it violate the U.S. flag code?