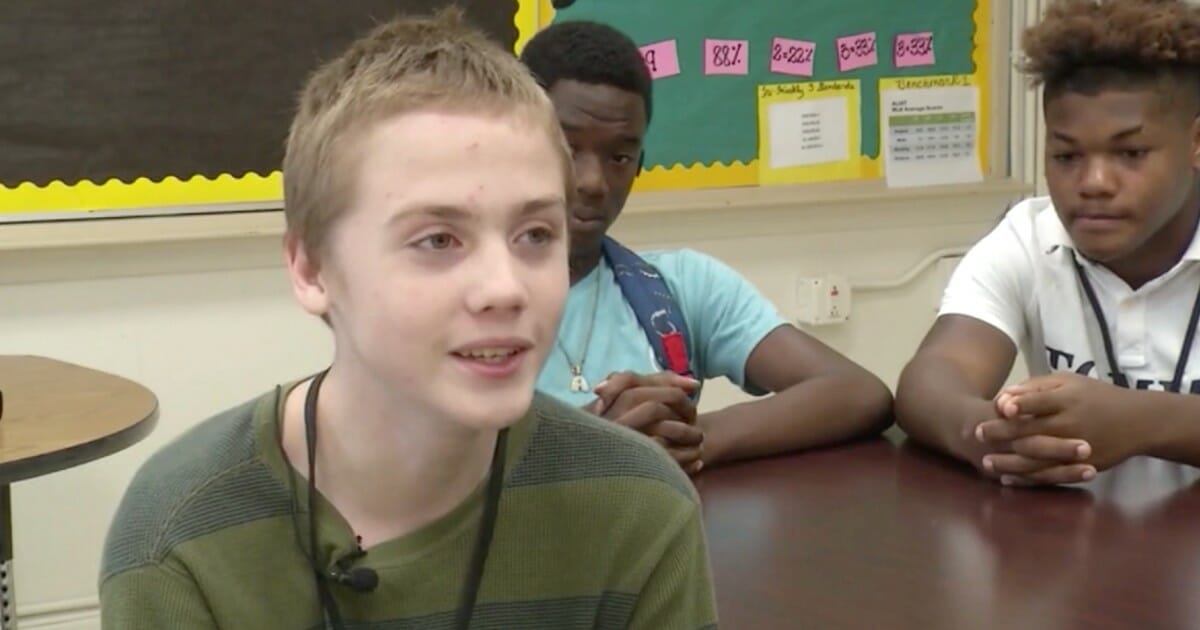 There are so many things about high school that can be difficult. The pressure to fit in, wear the right clothes, hang out with the cool kids, the list can go on.

Ever since he started school as a freshman, Michael Todd had been getting bullied. His classmates at MLK College Preparatory High School in Memphis, Tennessee made fun of him for his clothes.

“I really don’t have clothes at home. My mom can’t buy clothes for me because I’m growing too fast,” he told FOX 13.

But two of his classmates, who admitted to laughing at him at one point, stepped up and wanted to put an end to bullying.

“When I saw people laugh and bully him, I felt like I needed to do something,” Kristopher Graham, a football player and Michael’s classmate, told FOX 13.

The teen contacted his friend, Antwan Garrett for help, and the two of them went through their closets. The following day the two football players had a surprise for Michael.

STOP BULLYING: A freshman at MLK Prep was getting made fun of for weeks. He wore the same clothes to school everyday.

Two of his classmates gave him clothes and new shoes.

I spoke with the teens behind this good and the boy who says, "It was the best day of my entire life." pic.twitter.com/wGpTJkmNk5

On Monday Michael was called out of third period, the same class he shares with Kristopher and Antwan, and was surprised with a gift.

“He wasn’t smiling or anything, and I was like ‘I think this is going to make you smile.’ We’re in the same third period and I apologize for laughing at you, and I want to give you something to make it up,” Kristopher said.

The boys pulled several items of clothing and a pair of shoes out of a bag and handed them to Michael.

“You guys are awesome,” he said.

“It was a weak moment for me. I almost cried,” Antwan said, though he did say he cried when Michael told the teens they were the only people to ever give him a gift.

“You guys are the best guys of my entire life,” Michael said.

Donations are being accepted and more information can be found here.

What a kind gesture! I hope others will be inspired by these young men and stop bullying.