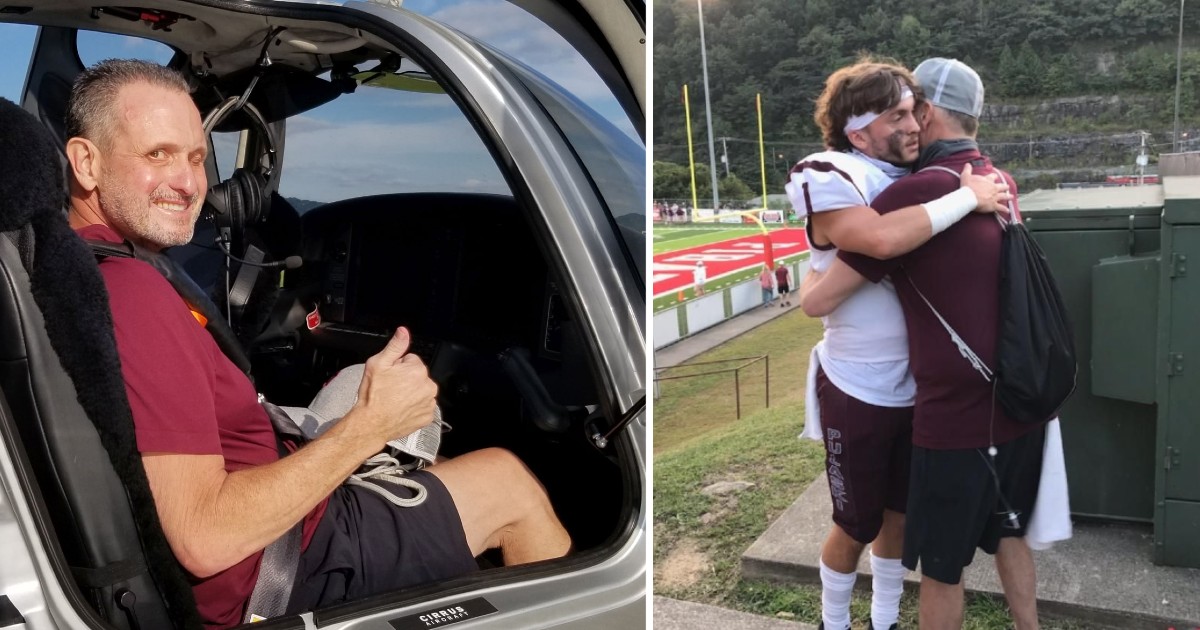 As someone nears the end of their life, they often put together a list of things they hope to accomplish before they die.

Some may wish for a tattoo, while others hope to take one final vacation with their loved ones. Whatever is on their bucket list, those around them will do whatever it takes to help them cross off every last item.

When Scott Sullivan, 50, of Somerset, Kentucky was diagnosed with a rare cancer and later told he had only months to live, he began working on a bucket list.

He shared his wishes with Jerree Humphrey, a registered nurse and case manager at the the Hospice of Lake Cumberland, where the two met.

“We became close quick because both of our kids are in sports and are about the same age,” Humphrey said. “So, whenever I go and do his visits, we’d always talk about the kids. We got close quick, and he became my buddy.”

At the top of Sullivan’s bucket list was attending his 17-year-old son Cade’s football game. Attending the season opener would require “about a seven or eight hour drive” round trip, something that Humphrey didn’t think was feasible.

“Do you have a helicopter in your backyard?” he joked.

But while Sullivan joked about flying to his son’s football game, Humphrey actually considered it.

“I finished my visit and I left, so that day I thought, you know, we have enough people in our community, I thought, I wonder if somebody would really be willing to do that?”

She contacted a friend who worked at the local airport and then she was put in touch with Dr. Denny Brummett, who volunteered to pilot the flight.

Within three to four days, Humphrey was able to put together a trip of a lifetime for Sullivan.

On the day of his son’s football game, Humphrey accompanied him in case anything went wrong, but thankfully the day went as smooth as could be.

When Cade spotted his father at the game, he ran up to him and the two embraced. A moment neither will ever forget.

“You could just not help but cry,” Humphrey said. “He just embraced him so hard and was just so thankful for him to be there.”

The fact that Jerree went above and beyond to make sure one of her patients was able to fulfill something on his bucket list has me in tears. What an incredible gesture.