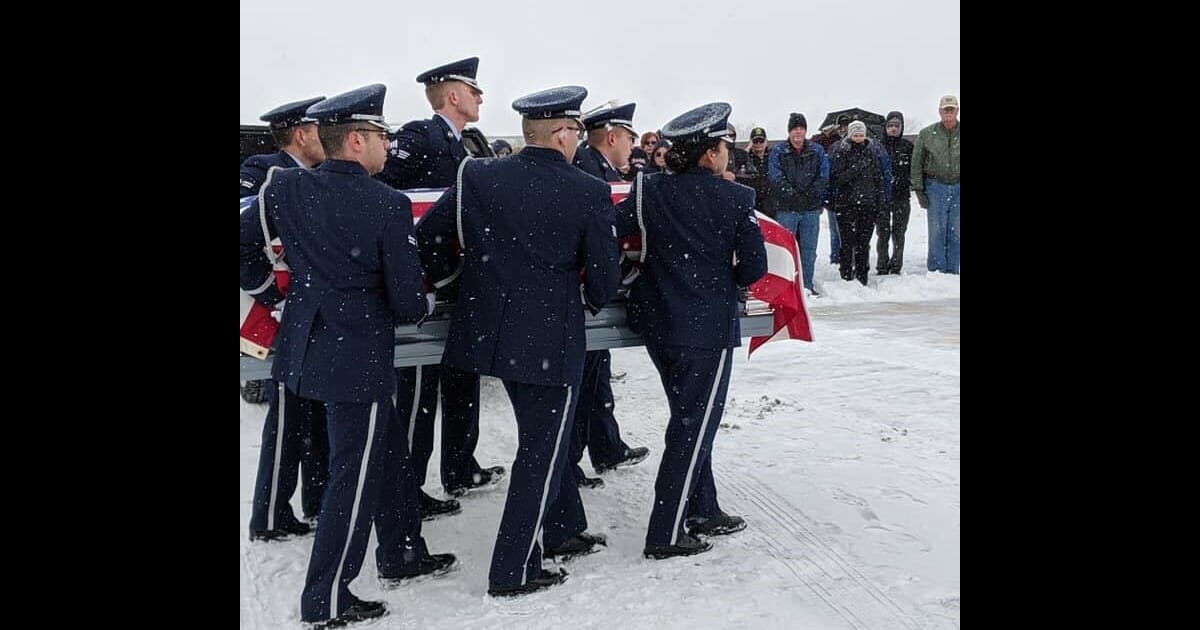 Air Force Staff Sergeant Clyde Baldwin died on January 18. He was 91 years old. At the time of his death he didn’t have any local family members – his only known relative was in Oklahoma – which meant he had no one to attend his funeral.

So that’s when a local VFW reached out to the Colorado Springs community and asked if anyone was able to attend the Vietnam and Korean war veteran’s funeral.

The community responded, even during a snowstorm.

“He was a very kind, humble, very simple man,” Nici Heisler, executive director of the assisted living home where Baldwin lived, told The Gazette. “He didn’t like people to fuss too much over him … all of our staff became like his family.”

And on February 7, hundreds of strangers became his family as they gathered at Pikes Peak National Cemetery to say goodbye to Baldwin, who served from 1950 to 1970 in the Vietnam and Korean wars.

“We show up to show our respect to every veteran when we’re invited. We do not just show up. We have to actually be invited by the family or the funeral home in this particular case,” Robert Aholt, southern Colorado assistance state captain for the Patriot Guard Riders, told FOX 21.

Despite the weather conditions, many showed up to pay their respects. It didn’t matter that very few knew of Baldwin. He was an American hero and he deserved a proper hero’s farewell.

Rest in peace, Staff Sgt. Clyde Baldwin and thank you for your service.