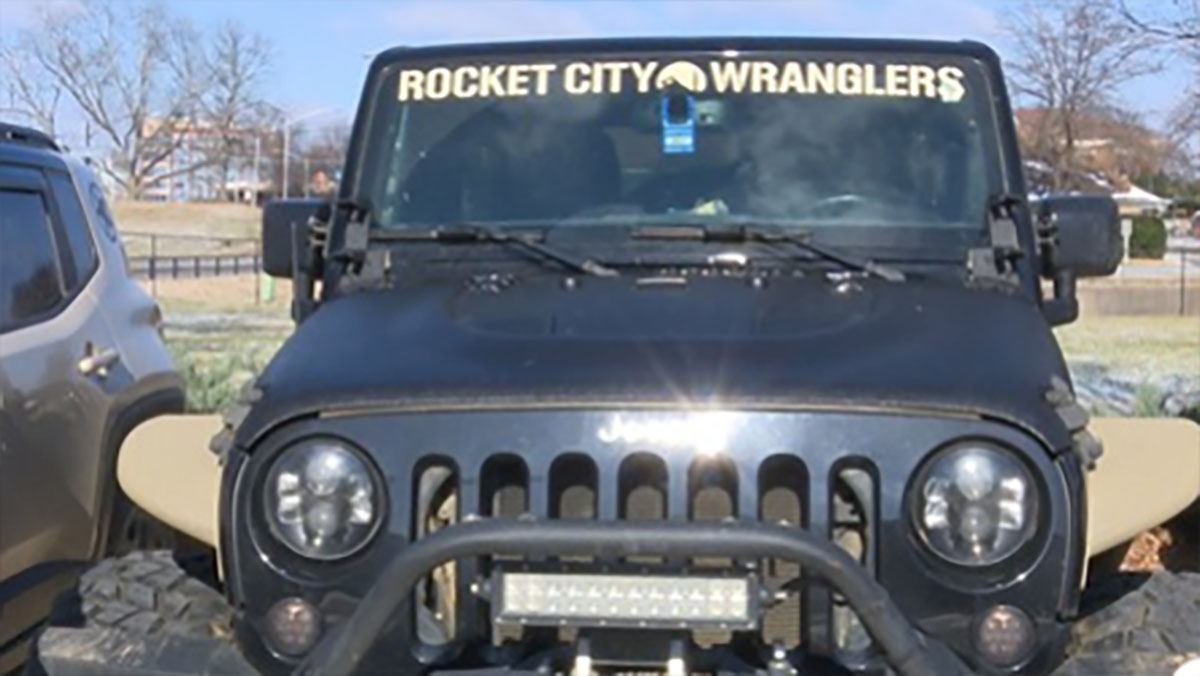 A group of jeep drivers are teaming up to help first responders and medical staff get to work during freezing weather conditions in Alabama.

Snow is a rare event in Alabama, but February has brought a deep freeze and snow to the southeastern state creating dangerous driving conditions.

Now members of the Rocket City Wranglers are offering their weather-proof vehicles and driving skills to get first responders, healthcare workers, and medical personnel  to and from work in the Huntsville area of Alabama, nicknamed The Rocket City.

The Rocket City Wranglers (RCW) are a close-knit group of jeepers that are committed to responsible off-roading and community service, according to their Facebook page, which has over 1,400 followers.

Despite warnings of icy road conditions over the next few days first responders and healthcare workers are needed in work more than ever.

RCW has put together an inclement weather response team to help and have posted an email address for anyone who needs a safe ride to work to get in touch.

Jared Reeves, one of the founders of RCW, says this was the perfect way to say thank you to a group of people who work so tirelessly for others.

“Our nurses and doctors and first responders and everything… they put so much into the community,” said Reeves, as per News19. “This is our way to say ‘thank you’ and kind of try to give back a little bit of something.”

He adds that the response has been overwhelming.

“I’ve been getting calls since the day before yesterday and I was up at 4:00am this morning getting calls and I’ve had hundreds of calls it seems like today,” he said.

Reeves says around 50 Jeeps are involved in the response team with organizers asking for patience as jeep drivers navigate the dangerous roads.

“Just like any other vehicle on ice, it’s not the same,” said Reeves. “It’s still susceptible to sliding and slipping and everything else. We’re trying to help you out but sometimes we might have to go a little bit slower than normal.”

What a wonderful idea to get the essential workers to their vital duties safely.

Help us spread the word so more communities can help by sharing this story.