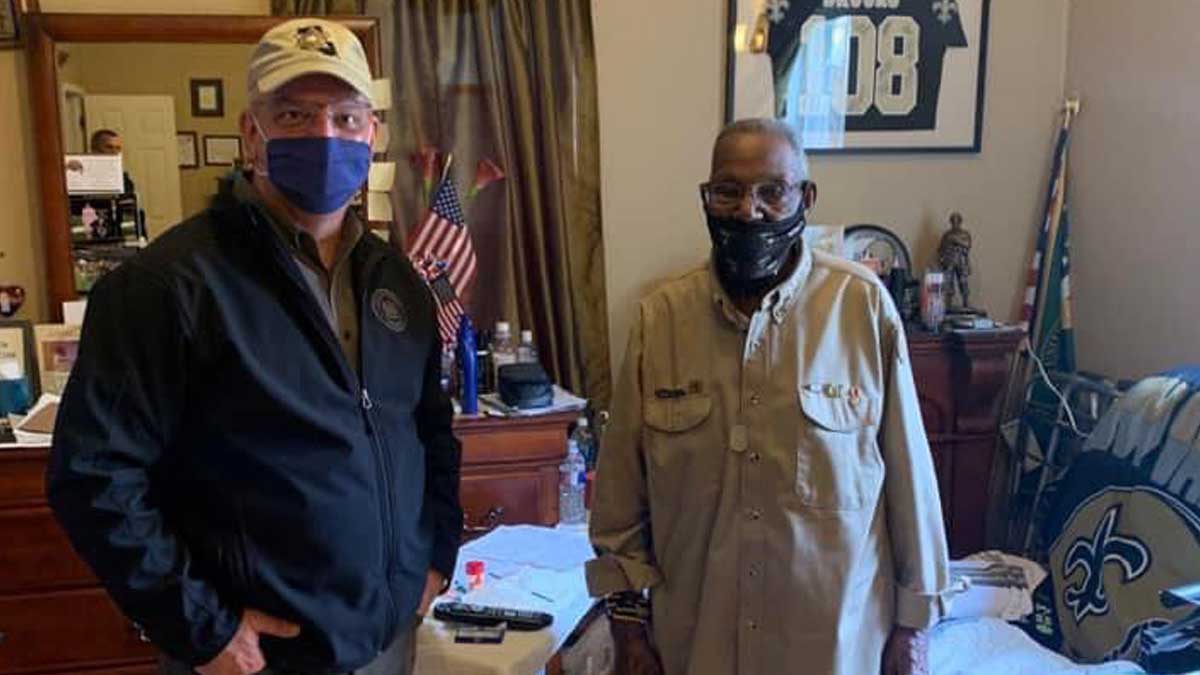 Lawrence Brooks, the nation’s oldest WWII veteran, celebrated a birthday this weekend, and a big one at that. Brooks turned 112 years old.

The 112-year-old celebrated New Orleans style with a car parade, live music, dancing, and of course all while sporting a Saints jersey.

Brooks was born on September 12, 1909 in Norwood, Louisiana, but spent the majority of his life in New Orleans.

He was drafted into the U.S. Army in 1940 and went to Camp Shelby in Mississippi for basic training, but in November 1941 he was honorably discharged, according to Veterans Affairs.

However, following the bombing of Pearl Harbor he was called back in to service and he joined the 91st Engineer Battalion where he constructed roads and bridges and provided ground support for the troops.

He was later deployed to Australia before moving to Papua New Guinea and eventually the Philippines after the Japanese surrendered in August 1945.

When Brooks returned to the United States he worked as a forklift operator in New Orleans until 1979.

He got married and had five children. Brooks’ family now includes 13 grandchildren and 22 great-grandchildren.

In 2005, when Hurricane Katrina hit New Orleans, Brooks, a widow, lost his home, and just a few weeks later his second wife died.

This year, Brooks got to celebrate his birthday with friends, family, and neighbors.

Brooks’ advice for others who want to live a long and prosperous life?

“Serve God, and be nice to people.”

Happy Birthday, Lawrence! And thank you for your service!