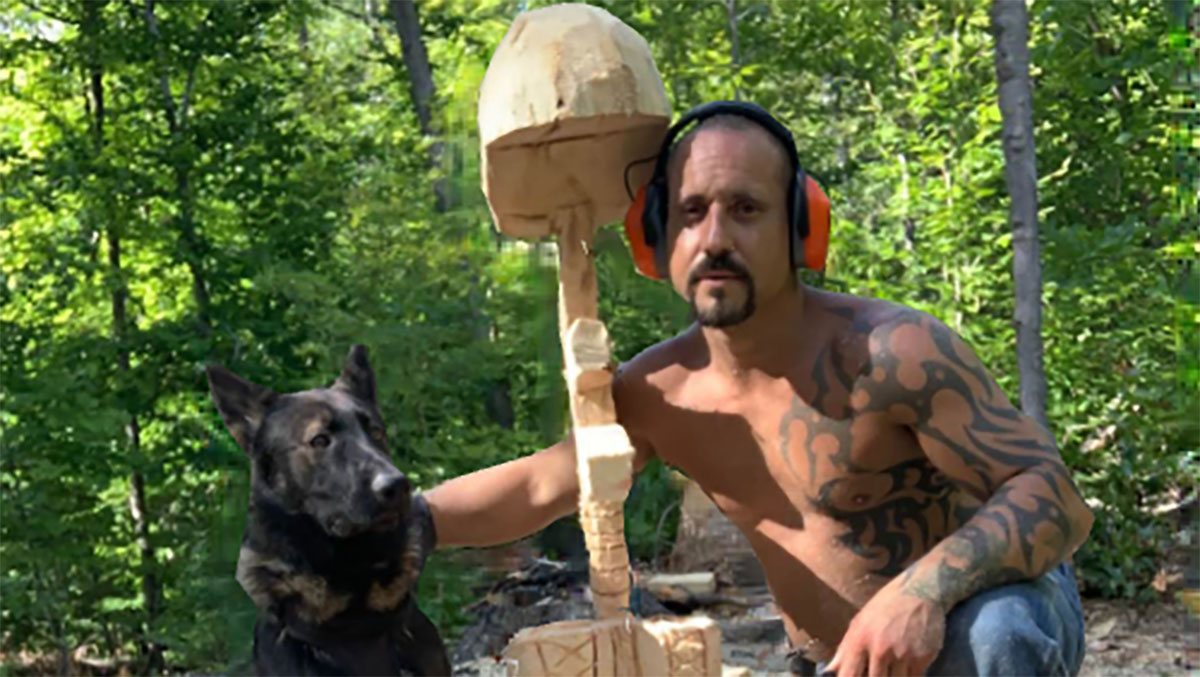 An artist is using his skills and talent to honor the 13 servicemen who were killed in the Afghanistan bombing last month.

Stephen Wing was so moved by the events in Kabul he decided he wanted to create special memorial pieces for the families who lost loved ones.

The U.S. soldiers, who were killed in the suicide bombing in Kabul on August 26 were from all over the U.S. and had an average age of just over 22. The 13, two of which were women, included 11 Marines, one Navy medic and an Army member, as per the New York Times.

The talented carpenter from Gilford, New Hampshire, creates his unique wooden creations using a chainsaw and sells them through his business Wings Custom Carvings.

His business’ Facebook page says, “have an idea that you want carved and we will do it” and “[n]othing we won’t attempt.”

Wing wanted to present the families of the 13 soldiers killed in action with a customized memorial piece.

“Let’s see if this works,” he posted on Aug. 28. “I am trying to reach out to the families of our most recent tragedy in Afghanistan. I would like to donate one of these carvings to all the thirteen families for our fallen soldiers. It’s a long shot but share away please.”

Within days Wing had all of the addresses and posted an update to thank everyone for their help.

“Thanks to everyone across the entire United States of America and with the power of social media I have all 13 addresses and then some. It would have not been possible without your help so thank you and the families of our fallen. Thank you. Never forget their faces or names I won’t.”

As information came pouring in Wing posted updates on his memorial pieces, many featured his canine companion Bear.

By Saturday he had confirmed 15 recipients, families of the 13 soldiers he would be sending the carvings to.

Not only did people from across the nation come forward to help ensure his creations got to the right families, he has been inundated with offers to pay for the shipping.

“Now a lot of people are asking how to donate for shipping costs and to be honest I don’t even know yet how to price it all out Tuesday,” he shared on Sunday. “So if you would like to help you can contact me.

“If there is money left over from the donations to ship it will be divided between all of the families evenly. This is to help the families and let them know we stand with them and also grieve with them. Thanks for all of your help in this. Couldn’t have done it without all of you.”

Wing is a wonderful example of someone who cares about his community, no matter how far that reaches. Such a heartfelt gesture for those grieving.

Help us thank him for his thoughtfulness and honor those who gave their lives to serve and protect by sharing this story.