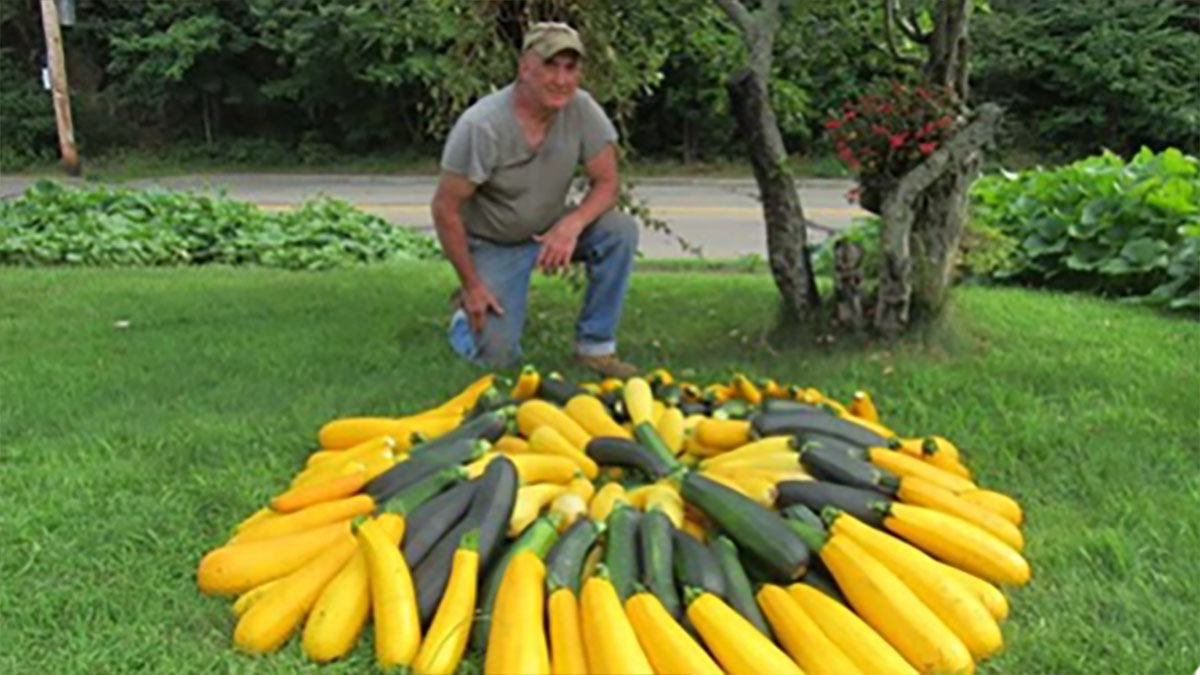 As we head toward winter and colder weather the need to help the over half a million people who are homeless in the U.S. becomes even more critical.

The necessity to provide food for all those that experience homeless is vital but the best way to do it is often debatable.

One man is using his farming skills to grow thousands of pounds worth of produce for homeless shelters near his home in Massachusetts.

John Fallon spotted the traffic island in Beverly and saw its potential as an allotment.

“I was looking at it one day at three in the afternoon,” John told ABC News outlet WCVB. “It was full sun and I thought, ‘Wow, this is perfect.’”

He approached the Massachusetts Department of Transportation to ask he could plant a garden on it.

“I told them, ‘I’m not taking any money out of this. It’s all going to go to charity,’” John explained. “So, they were happy with it.”

Using farming skills passed down from his father John, who was already donating surplus produce from his home garden to his neighbors in need, he started planting on the traffic island five years ago.

His Beverly Farms Gardens has around 1,000 plants and he grew 3,500 pounds of produce for homeless shelters and food pantries last year. This year he’s grown 7,000 pounds so far.

He said he occasionally gets help from volunteers including college students who have helped him weed.

“In the future, I hope to turn it into a classroom for these departments, like environmental science and biology,” he said.

The retired engineer is a huge supporter of organic farming and said it would be easy to create other gardens like his anywhere to help those in need and the planet.

“It’s not good for the environment to try and grow everybody’s food in one place like we’re doing right now in the Midwest,” Fallon said. “If we had a lot of decentralized local gardens where we tried to take care of our own, use our own resources, it’s better.”

John is building a greenhouse so he can seed his own plants and wants to install an irrigation system but needs help from the community to do this.

This is such a great idea and I hope John’s hard work and generosity in doing all he can to help the homeless inspires other similar projects.