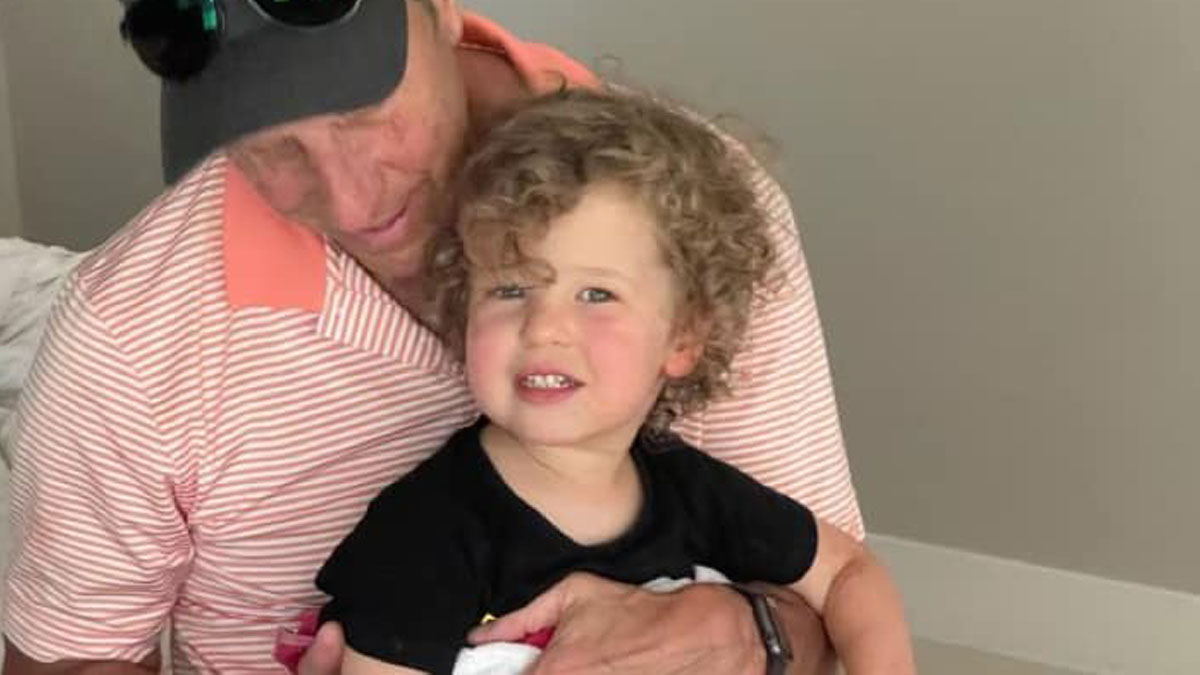 One month after the Highland Park July 4th parade shooting, a GoFundMe that was setup to help the toddler whose curly hair and bloody socks captured the nation’s attention has raised more than $3 million.

While no amount of money will ever replace Aiden McCarthy’s parents, at least he nor his caregivers will have to worry about money.

Aiden and his parents Irina and Kevin McCarthy were three of hundreds of spectators who lined the streets of Highland Park, Illinois to watch the town’s annual Fourth of July parade.

But roughly 15 minutes after the start of the parade shots were fired, and multiple people were struck and killed. The 2 ½-year-old boy’s mother Irina, 35, and father Kevin, 37, were both killed.

“He had Aiden under his body when he was shot,” Irina’s father Michael Levberg told the Chicago Sun-Times.

In the immediate aftermath as images and videos flooded the internet, Aiden’s picture began to circulate. A local chef found the boy with blood on his socks, wandering the streets.

He picked him up and brought him to safety.

Lauren Silva, 38, who was also at the parade, said: “My boyfriend handed me this little boy and said he was underneath this father who was shot in the leg.”

“They were trying to stop the bleeding, so I brought the boy downstairs into the garage. He kept asking if mom and dad are going to come back soon.”

A frantic search began for the toddler’s parents, but after hours of searching the child’s grandparents came forward and picked him up.

When Levberg picked Aiden up at the police station he recalled his grandson telling him, “Mommy and Daddy are coming soon.”

Unfortunately, it was later revealed that Aiden’s parents had died during the mass shooting.

Aiden’s paternal grandmother, who was also in attendance, was injured during the shooting.

Following the tragic event, a GoFundMe was set up to support Aiden. Since it was created more than $3.2 million has been raised for the little boy.

Irina Colon, the woman who created the fundraiser, shared an update shortly after its launch thanking everyone for their “messages of sympathy, hope and support.”

“Every cent of this GoFundMe will go to the care of Aiden and his future. We are all extremely grateful and overwhelmed by the outpouring of love from across the entire world.”

Colon also stated that they plan to make a book featuring all of the messages of support they have received so that Aiden can read them when he’s older.

I’m tired of saying it, but something must change.