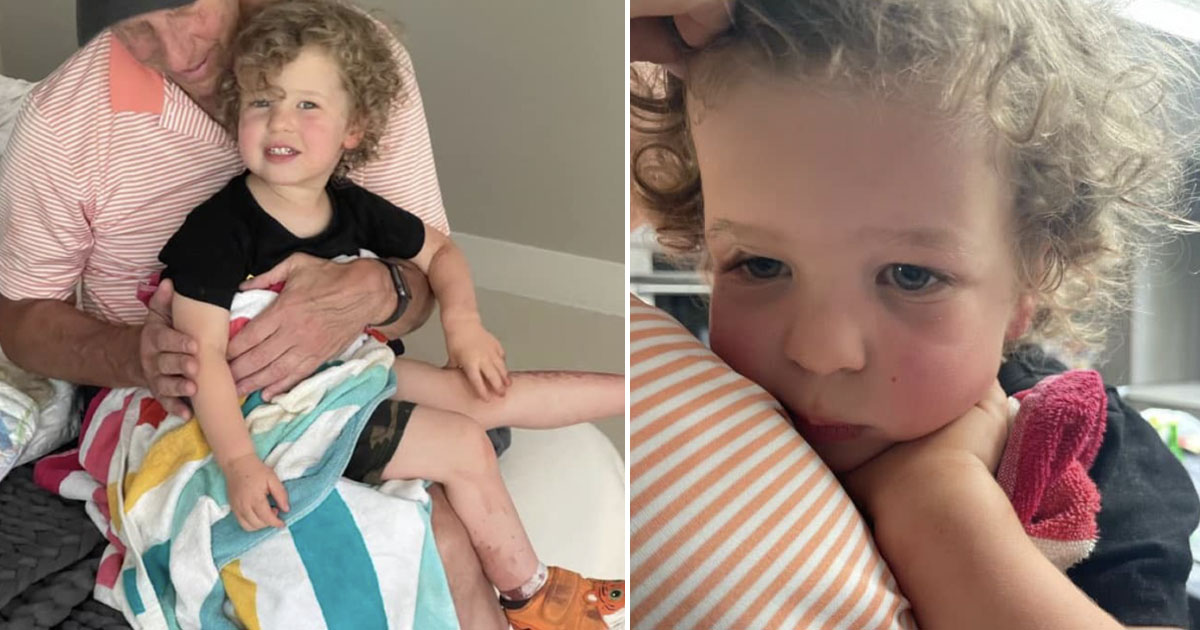 A gunman opened fire at an Independence Day parade in Chicago. The deadly shooting resulted in 6 people losing their lives and wounding at least 30 people.

The aftermath of the shooting has caused grief and chaos across Chicago and the rest of America. In the midst of the chaos are those searching for their loved ones…

A picture from the aftermath of the Highland Park shooting in Chicago began to go viral. The picture was of a little boy estimated to be around 2 years old.

Social media came to the rescue as reporters and locals started reposting pictures of the little boy in hopes of reuniting him with his parents. The pictures show the little boy sitting in the lap of a local man. The child seemed to be in good spirits. His legs, shoes, and socks appear to be covered in blood.

Some people feared the child’s parents might have been victims of the shooting while others hoped they were merely admitted to the hospital which is why they are unable to come and look for their child.

The pictures stayed online for hours without any news. However, it is since then been reported that the child was reunited with his grandparents. No further information about the reunion or the whereabouts of his parents is available.

It is a relief to know that the child was reunited with his family. Having to go through such a traumatic incident at such a young age is bad enough but not having any familiar faces around you can be even more daunting at that age.

The alleged mass shooter of the incident has been identified as 22-year-old Robert E Crimo III, who is a local to the area. Police say he has been taken into custody and charges will be filed against him.

What a senseless tragedy to have taken place on such an important day. We hope the little boy and his family are doing well and that they are able to heal from this terrible tragedy that they sadly witnessed.

This story really shows you the power of social media and how it can be used as a tool to help in times of tragedy.