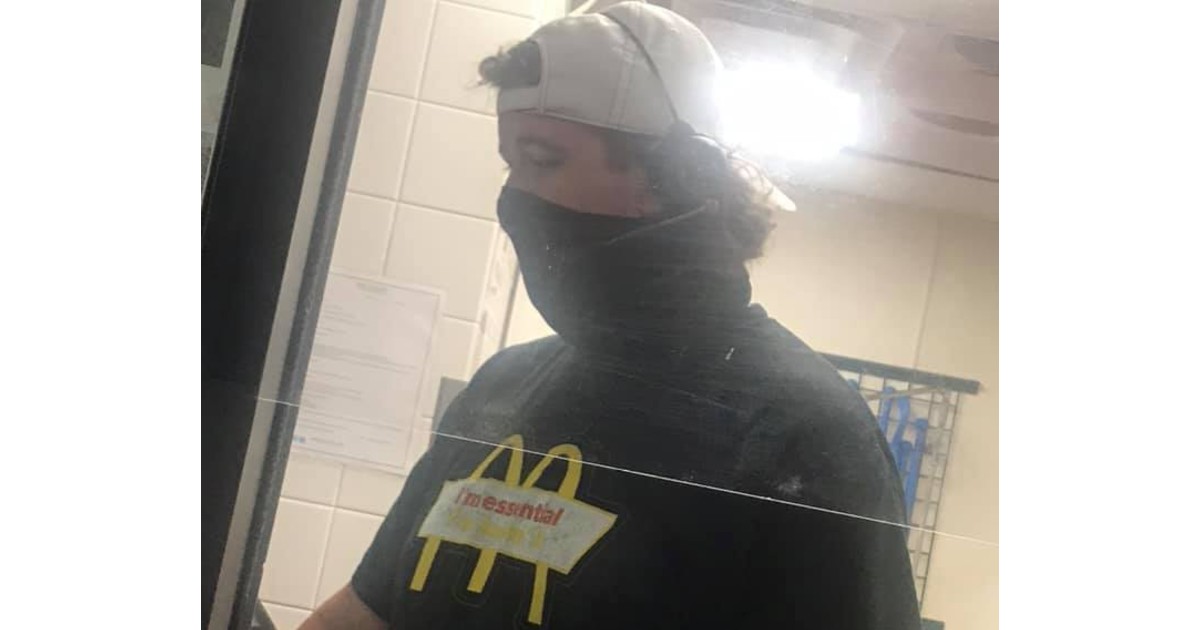 We’ve all had those days where we leave the house without our wallet or purse. And of course we realize as soon as we’re at the cash register about to make a purchase.

Can you think of anything more awkward and embarassing?

Brittany Reed had just left football practice with her three children when it became clear they were tired and not a fan of what she planned for dinner.

“Sooo I threw my hands up and said FORGET it – McDonald’s tonight!!”

She pulled into a McDonald’s in her hometown of Waynesville, Ohio and gave her order to the McDonald’s employee.

But when she pulled up to the window to pay she realized her purse was at home.

“I look at the young man with tears in my eyes just from being stressed and annoyed and say ‘hun I am so sorry but I have to cancel that order I left my purse at home when we went to football tonight.'” she wrote on Facebook.

What happened next stunned her.

The young man, who she later learned was named Wyatt Jones, took out his wallet and swiped his own card.

Although Brittany insisted that she’d be right back with the money, he told her it was his treat.

Brittany left and returned with money for Wyatt.

Wyatt refused to take her money, but in the end Brittany was able to pay him for his act of kindness.

And to make things even sweeter, Brittany and her husband set up a GoFundMe for Wyatt when they learned he was working to he could afford to buy his own car.

Since the fundraiser began on September 25, more than $36,000 for the young man.

“Wyatt, do not let this world change your kind heart young man for its people like YOU that will change this world for the better!”

This gives me hope that there are still kind people in the world!