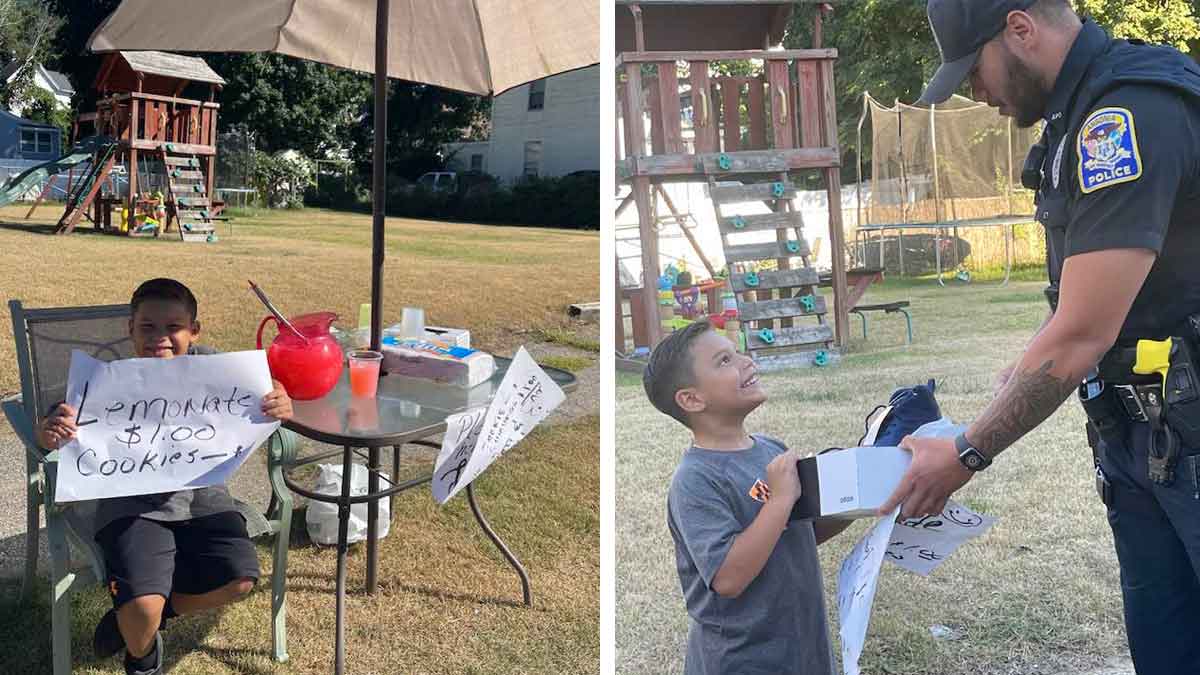 There’s nothing like coming upon a child eagerly waiting to sell you a cup of ice cold lemonade on a bright sunny day.

Recently, a young boy named Landen was selling lemonade and cookies near his home when a police officer approached him. The boy’s grandmother captured their interaction and shared it on Facebook.

“Just saying we are so quick to put down how BAD we get treated sometimes but I have to say i was blessed by officer J Perez Ansonia PD.”

Officer Perez of Ansonia Police Department in Connecticut took the time to chat with Landen and asked him what he hoped to do with the money he earned from selling lemonade.

Landen said he needed to buy blue sneakers for school.

The two wrapped up their conversation, and Officer Perez went on his way.

A little while later Officer Perez returned to the seven-year-old’s lemonade stand, and this time he had something for Landen – a pair of blue sneakers.

Landen was thrilled, to say the least.

“He made my baby’s day yesterday and not only that, he made him feel like a king,” Wendelyn Narvaez said of Officer Perez.

Ansonia Police Chief Wayne Williams responded to Perez’s act of kindness by saying officers like Perez “are the types of officers that we are all looking to hire.”

It is so true. We often hear the bad things that police officers do, but not the good things. This was such a kind gesture.

Please share if you want to hear more stories of police officers doing good in their community.