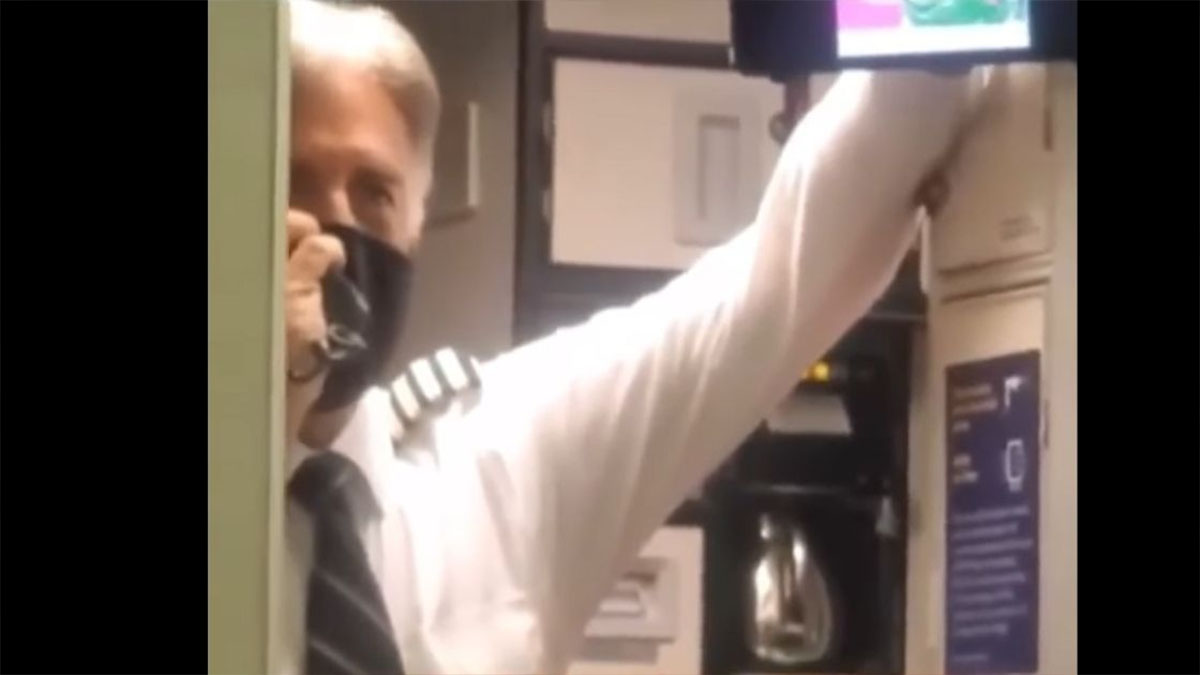 A retiring pilot has announced his final flight will be dedicated to the 13 U.S. service men and women killed in a suicide attack at Kabul airport last month.

The U.S. soldiers, who were killed in the suicide bombing in Kabul on August 26 were from all over the U.S. and had an average age of just over 22. The 13, two who were women, included 11 Marines, one Navy medic and an Army member, as per the New York Times.

Now an unknown pilot has decided to honor these brave men and women who paid the ultimate price and the video of his dedication has gone viral.

The pilot makes his announcement to the passengers before take off by saying: “We’re heading down to Houston, it should take us two hours and 27 minutes. The weather’s good, weather’s good, the ride should be good.”

The video, which was posted on Facebook by Ryan Fournier, the founder of Students for Trump and on TikTok by @roballnic1, shows the pilot holding up a tablet with images of the servicemen killed in the attack.

“I’ve got six more days left here at Southwest Airlines, I have to retire because I’m 65 years old,” he said to applause.

“I’ll keep flying. And every time I fly now, I want to dedicate our flight and my trip to the 13 senseless losses of soldiers, sailors, Marines,” he continued.

“Men and women. My brother Marines, my sister Marines.

“Everybody, just remember them,” he added. “And I don’t care who you hated or who you liked in the last election. What happened was just wrong.”

He ended his preflight speech by saying, “We’ll get going. Smiles, everybody. And … remember the 13.”

The pilot received a round of applause for his speech honoring those who lost their lives.

So many people are moved to honor these brave men and women who lost their lives, but we also must not forget the 2,448 American service members also killed throughout the 20 years we were in Afghanistan.

Help us thank this pilot for his thoughtfulness and honor all those who gave their lives to serve and protect by sharing this story.