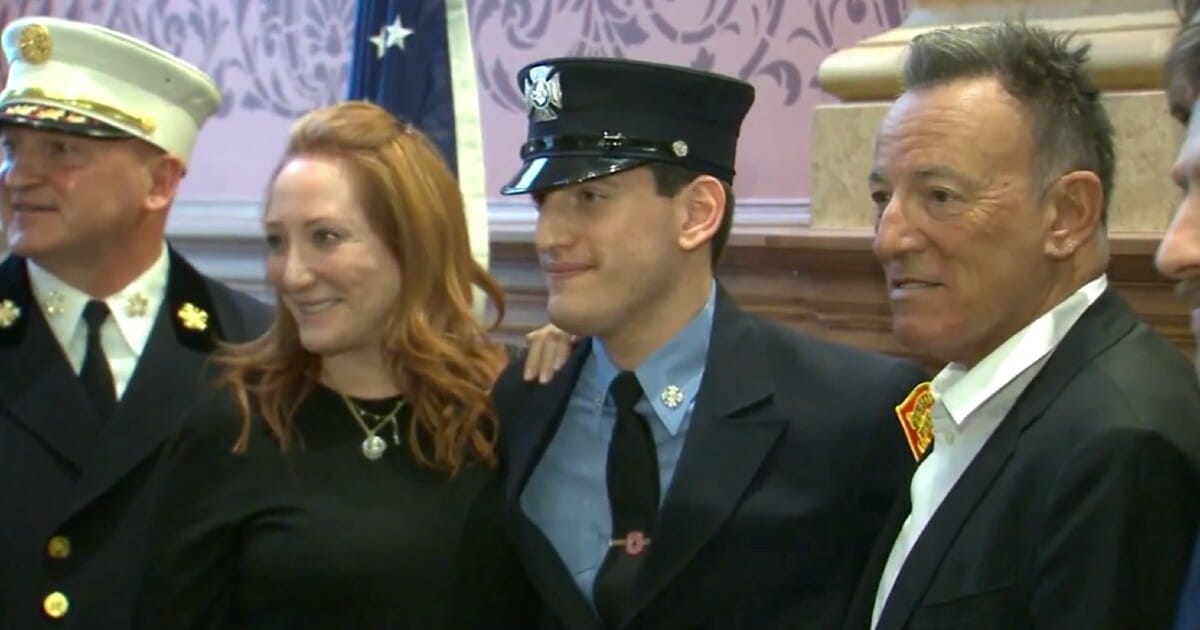 It’s not every day that the son of a rock and roll legend is sworn in as a firefighter, but on January 14, Sam Springsteen became one of Jersey City’s newest firefighters.

Sam, Bruce Springsteen’s youngest son, was one of 15 firefighters sworn in by Mayor Steven Fulop at City Hall in Jersey City, New Jersey. The Boss and his wife, Patti Scialfa, were there to witness their son’s big moment.

Even though a Hall of Famer was present, the day was all about Sam and his classmates.

“This is my son’s day, so I’m staying out of it,” Bruce said. “We’re very proud. We’re very proud…It was a long road. He was very dedicated for quite a few years, and we’re just excited for him today.”

Prior to joining the Jersey City Fire Department, Sam graduated from the Monmouth County Fire Academy in 2014 and was a volunteer member of the Colts Neck Fire Department. He also had to go through five months of training at the Morris County Public Safety Training Academy.

In addition to Sam, Francesca Zappella, the younger sister of Jersey City’s first female firefighter was also sworn in. Tuesday’s class brought the number of uniformed firefighters and superiors to a historic high of 666.

Congratulations to all of Jersey City’s newest firefighters. May you be kept safe as you keep your community safe!