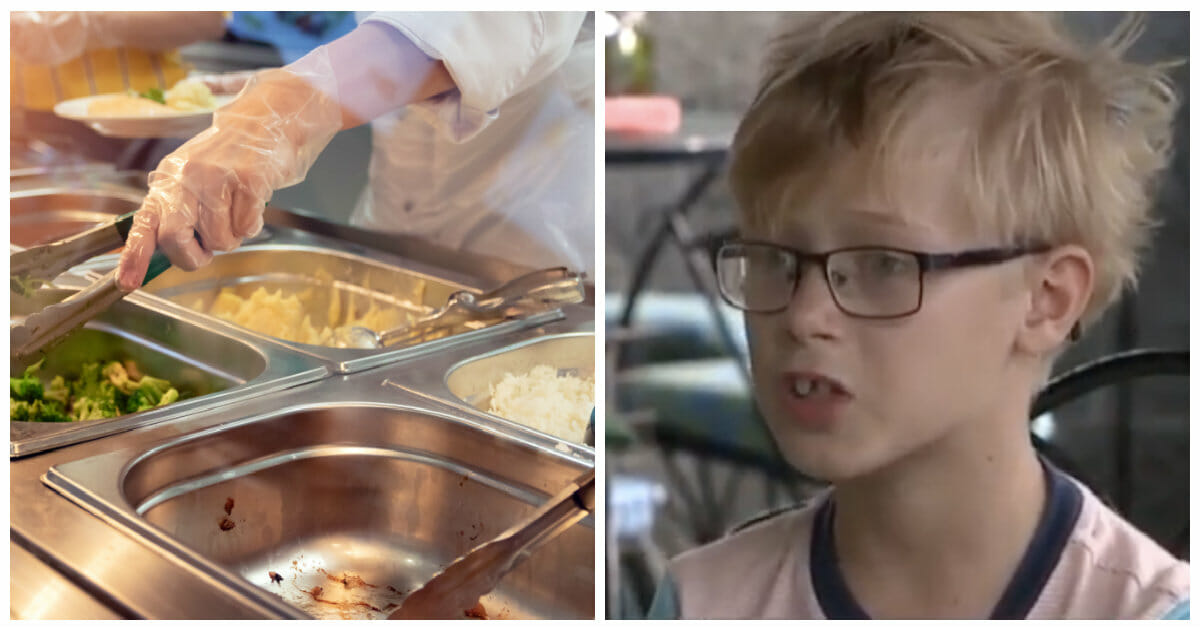 When you’re a kid, school can be a drag, but one day every kid looks forward to is their birthday. Everyone enjoys the special attention and well-wishes they get from their classmates and teachers.

But one elementary school boy’s big day was spoiled by some harsh treatment over a student lunch debt. Now people are outraged, saying that the school faculty acted out of line and humiliated the kid on his birthday.

When Jefferson Sharpnack, from Green, Ohio, turned 9 last year, he was in school that afternoon, and was looking forward to a nice lunch on his big day. He had just moved to the district last month, going to live with his grandmother.

But after being served, something strange happened: his food was abruptly taken away from him, hastily replaced with a cheaper substitute.

Jefferson was upset, and when he returned home later that day, he called it the “worst birthday ever.”

The incident was related to a lunch debt. The school said in a statement that the move was part of a complex lunch program, which states that “students who are $15 or more in debt” are given an alternative lunch.

Jefferson did get a notice saying he owed $9 for his school lunch bill… but his grandmother, Diane Bailey, says she called immediately and thought the issue was resolved.

Also, Jefferson is supposed to be receiving free and reduced lunch from the school—Diane was just paying by check until the application was processed.

And even if the debt wasn’t resolved (again, it was a very small amount) it doesn’t justify the abrupt, harsh way they took the boy’s food away, the grandma says.

“In my mind, he didn’t owe anything,” Diane said. “I owed the money, the parents, the school district.”

Jefferson is just one of the many kids who have experienced “lunch shaming,” incidents where young students are singled out over lunch debt in a way that’s seen as embarrassing.

In 2016 an Alabama school sent a third-grader home with the words “I Need Lunch Money” on his hand. Last Spring, a New Mexico school came under fire for serving an alternative meal not on the regular menu to students with lunch debt, singling out kids who owed.

While Jefferson didn’t have a great birthday, his story did inspire some positive change.

According to the Washington Post, the district superintendent announced Monday that there would be a change in policy: “All students enrolled in PreK through twelfth grades will receive the standard lunch for the day at their respective buildings regardless of their account balance.”

A spokesperson for the district told the Post that “our administration felt strongly that the time to make a change in our lunch guidelines was now and the change took place today.” They made no mention of Jefferson or the controversy, but we can assume it was in direct response.

It’s a sad story, but with an ultimately positive ending… and a reminder to treat students in need with some compassion. Share this story!