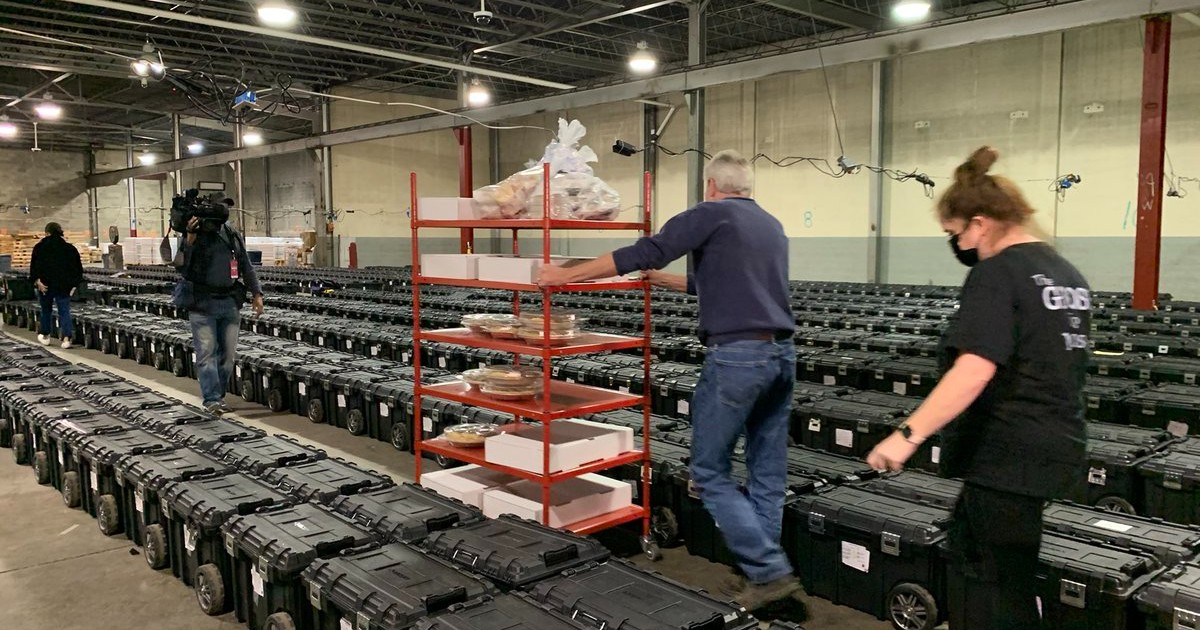 Going in to the election, we all knew it was more than likely going to take awhile to determine a winner.

Due to the uncontrolled pandemic, several states sent out mail-in ballots to every eligible voter, and many of those states didn’t start counting those ballots until Election Day.

No matter how you looked at it, it was going to be a long night for those working to make sure every single vote was counted.

On the second night of counting, ballot counters in Allegheny County, Pennsylvania were treated to dinner from several Pittsburgh Steelers players.

According to Brooke Pryor with ESPN, a few of the players orchestrated the random act of kindness. It wasn’t something that the organization planned.

Still, it was an extremely welcome gesture for the public servants who had been diligently working to count every vote.

Allegheny County is one of several counties in the battleground state that still had a significant amount of votes to count as of Wednesday.

This wasn’t the only act of kindness from the Steelers.

Prior to the election they sent 5,000 masks to Allegheny County, where they play, so poll workers would be able to safely perform their duties in the middle of the COVID-19 pandemic.

Other NFL teams and players have contributed to the 2020 election by encouraging fans to register to vote and lending their facilities to be used as drop-off, registration, and polling sites.

Former NFL players also went out in their community to help citizens register and cast their vote.

Patrick Mahomes, the quarterback for the Kansas City Chiefs, split the cost with the team to open the team’s stadium in order for people to use the site to vote.

“I thought it was very important not only just to get as many people out to vote as possible but also to use a place as Arrowhead where we have a lot of fun, show a lot of love and unity where people (are) coming together, and use that as a place where we can come together and vote and use our voice,” he said.

This election has been extremely important, and though it has shown that we are deeply divided as a nation, it has also shown that there are still many of us who are willing to work together for a common good.