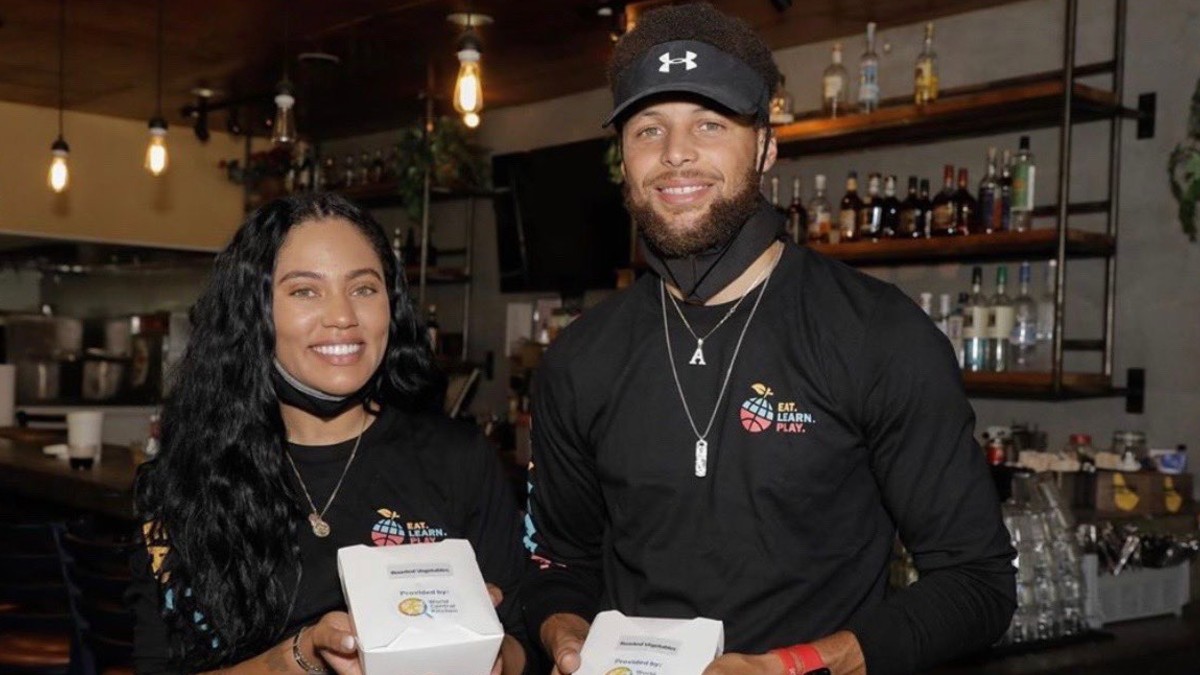 Stephen Curry and his wife Ayesha launched their foundation, Eat. Learn. Play. in July 2019 with the goal of giving children access to food, education, and a safe place to play.

Now, as they near their foundation’s two year anniversary the couple is able to look back at all they have been able to accomplish, most notably providing 16 million meals to children and their families in Oakland, California over the past year.

Last March, when schools began closing, Stephen and Ayesha vowed to donate to help the over 18,000 children in Oakland who rely on school for two meals a day.

“We just found out that the Oakland school district is closing their doors for the foreseeable future, so we want to intercede on behalf of the kids that rely on their daily services and try to help in any way that we can,” Stephen said.

Since then the couple and their foundation have been able to provide an astounding 16 million meals for the children and their families of Oakland.

“We’ve been able to mobilize quickly. We didn’t expect to have such an impact — we only launched a year and a half ago. But so many kids were hanging in the dark. It was alarming,” Stephen said.

His wife called the situation “unfathomable.”

“It feels like we jumped from being an infant to being a ten-year-old with no in-between. We had to learn so quickly how to scale and how to think ahead.”

Not only did children benefit from the coordinated effort, but so did adults.

It was reported that 130 restaurants were able to stay open and rehire staff because of their deal with the Currys’ foundation.

While Stephen Curry is still playing in the NBA, helping others is high on his priority list.

“This is a priority,” Stephen said. “Obviously basketball is the main thing. But this is setting a great foundation for how I spend my focus in the future.”

Thank you Stephen and Ayesha for using your talents and influence to help so many people when they needed it most.

Both of your are inspirations!