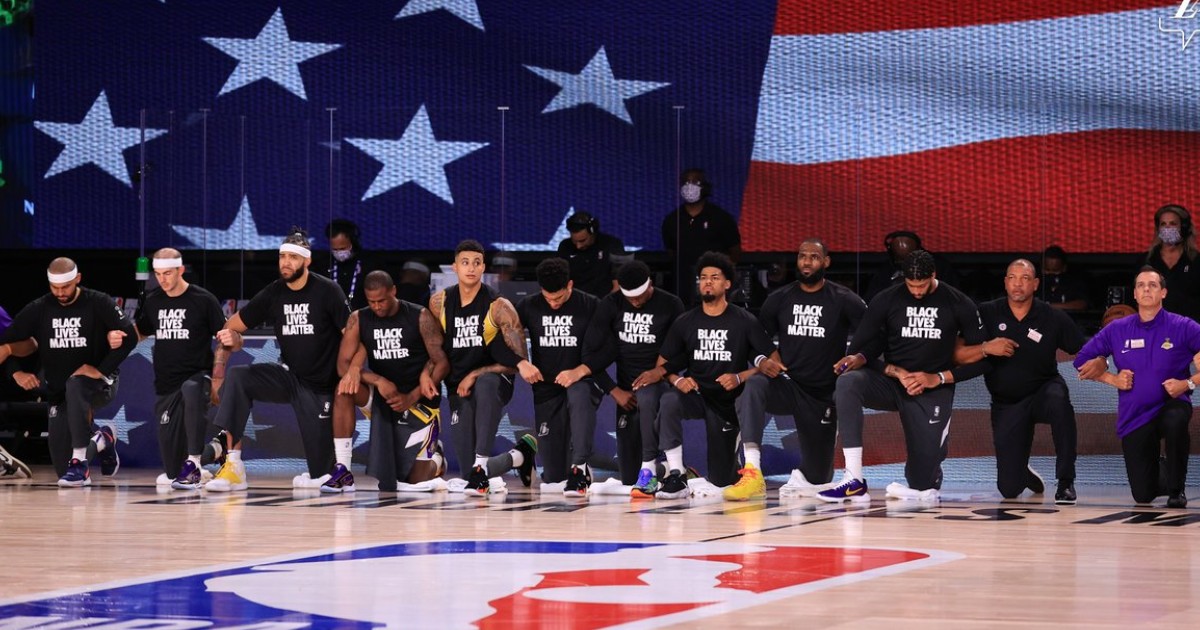 For those keeping track of sports where athletes have taken a knee or shown their support for the current Black Lives Matter movement, you can now add the NBA to your list.

On Thursday, members of the New Orleans Pelicans and Utah Jazz, along with their coaches and the game’s officials took a knee during the national anthem.

The Pelicans and Jazz were the first two teams to re-open the NBA season inside the NBA bubble at the ESPN Wide World of Sports Complex in Orlando, Florida.

In addition to taking a knee, players wore pre-game shirts that said “Black Lives Matter” and coaches wore shirts with messages of support on them. The coaches also wore masks.

The silent protest took place during the playing of a pre-recorded version of the national anthem, which did not include lyrics.

The second game of the night also saw another similar silent protest.

The Los Angeles Lakers and Los Angeles Clippers mimicked players and coaches from the Pelicans and Jazz and locked arms and knelt while the national anthem was played before their game.

Despite a longstanding rule that dates back to the 1980s that states NBA players must stand during the national anthem, Commissioner Adam Silver announced that due to “unique circumstances,” the rule will not be enforced.

“I respect our teams’ unified act of peaceful protest for social justice and under these unique circumstances will not enforce our long-standing rule requiring standing during the playing of our national anthem,” Silver said in a statement according to Chris Haynes.

Both the Pelicans and Jazz released statements following their protests. While they were separate statements, they were both united on exercising their First Amendment rights and using their platforms “to promote meaningful change relative to social justice and racial equality.”

Do you support these athletes using their voices to stand up for racial injustice? Let us know on Facebook.