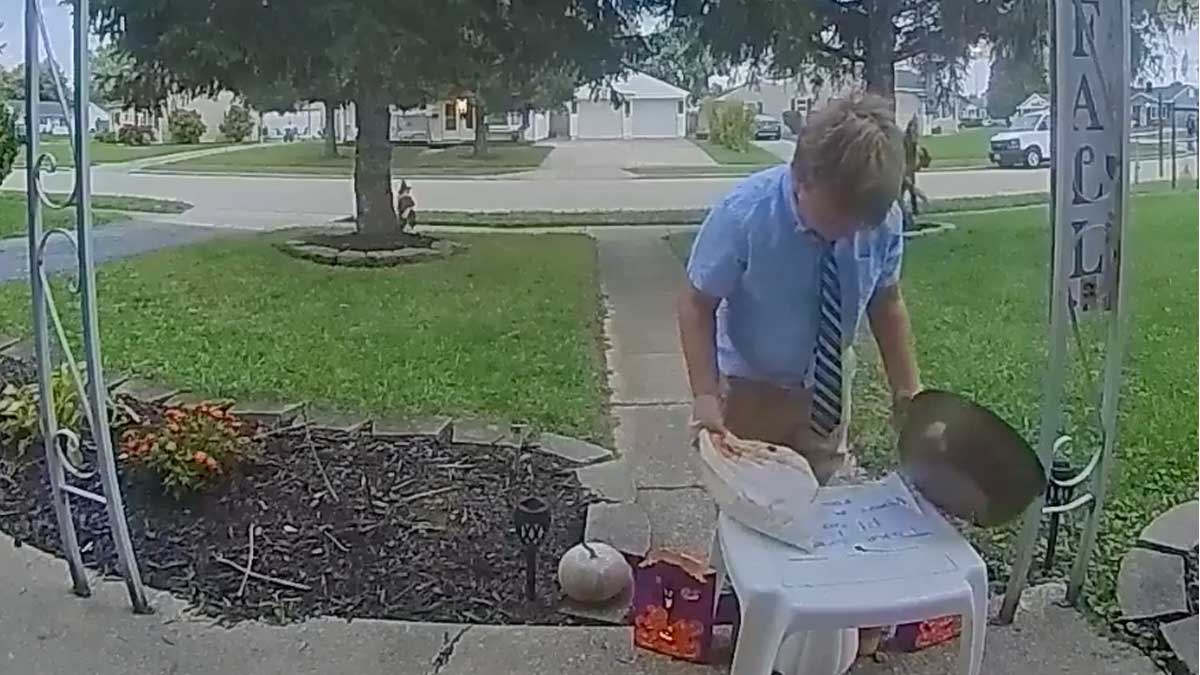 An Ohio boy’s sweet act of kindness that was caught on camera has gone viral.

When Dylan Suiter noticed an empty bowl of Halloween candy while trick-or-treating, he used his own candy to refill the bowl.

“He seemed excited to do it, it was really touching,” Cara Evans, the homeowner and owner of the empty candy bowl, told WHIO.

Dylan, 9, was out trick-or-treating in Vandalia, Ohio for less than a half hour on Halloween when he came across Evans’ house.

In the security camera footage, Dylan, who was dressed as Ryan Reynolds‘ character from Free Guy, runs up to Evans’ house and quickly notices the house is all out of candy.

Before running to the next house to catch up with his family, he grabs a handful of candy from his bag and dumps it into the empty Halloween candy bowl.

His mom, Sarah, didn’t witness her son’s act of kindness, but he excitedly told her about it. And then when the family returned home she saw a video of Dylan on Facebook.

“Who would have thought one random act of kindness would have got this much attention! One proud momma and makes all the times you think you’re failing as a parent put into perspective that we are doing something right,” she said.

Some people offered to reimburse Dylan for the candy he donated, while others wanted to give him gift cards as a thank you for his generosity, but his mother said her son’s kindness was simply that.

It was an act of kindness.

Way to go Dylan! I hope your act of kindness inspires others to do good.