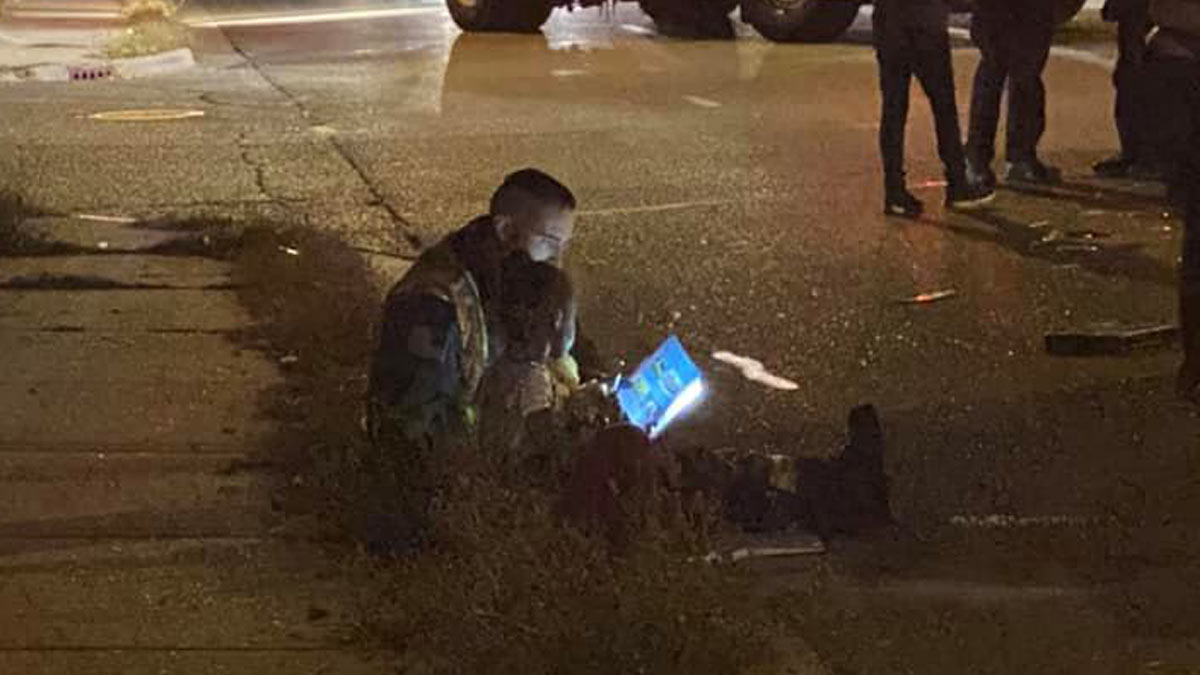 A photo of a Billings firefighter reading to a little girl after a car crash has gone viral.

And it highlights a sweet moment that will sometimes go unnoticed, but will often happen when child are involved.

The scene unfolded Wednesday night after a crash in Billings, Montana. Emergency crews were cleaning up the crash when Allie Marie Schmalz spotted the tender moment and snapped a photo.

In the photo, Ryan Benton, a firefighter, is seen reading to a young girl who was involved in the crash.

Thankfully, no one was seriously injured.

Cameron Abell, a fellow firefighter, told KRTV that they have always had something to give children to keep them calm in stressful situations.

For the past three years Rimrock Credit Union and Usborne Books have supplied book bags for that very purpose.

The book bags were an idea to bring some calm into their lives, to bring some sensibility into a really stressful situation,” he said.

As for his fellow firefighter in the viral photo, Abell said Benton read to the little girl to make her “feel safe” while emergency crews were cleaning up the scene.

“He did great work that day and he said he didn’t want to be on the interview because that’s his job and he’s just doing his job. And that’s kind of how we all feel. But we all know when somebody does something like that and gets spotlighted for it. It’s good to recognize their good work.”

I love this idea. Being involved in a car accident or any kind of emergency is stressful for anyone, so just imagine what it’s like for a child.

I would love to see if more police and firefighters did something similar.