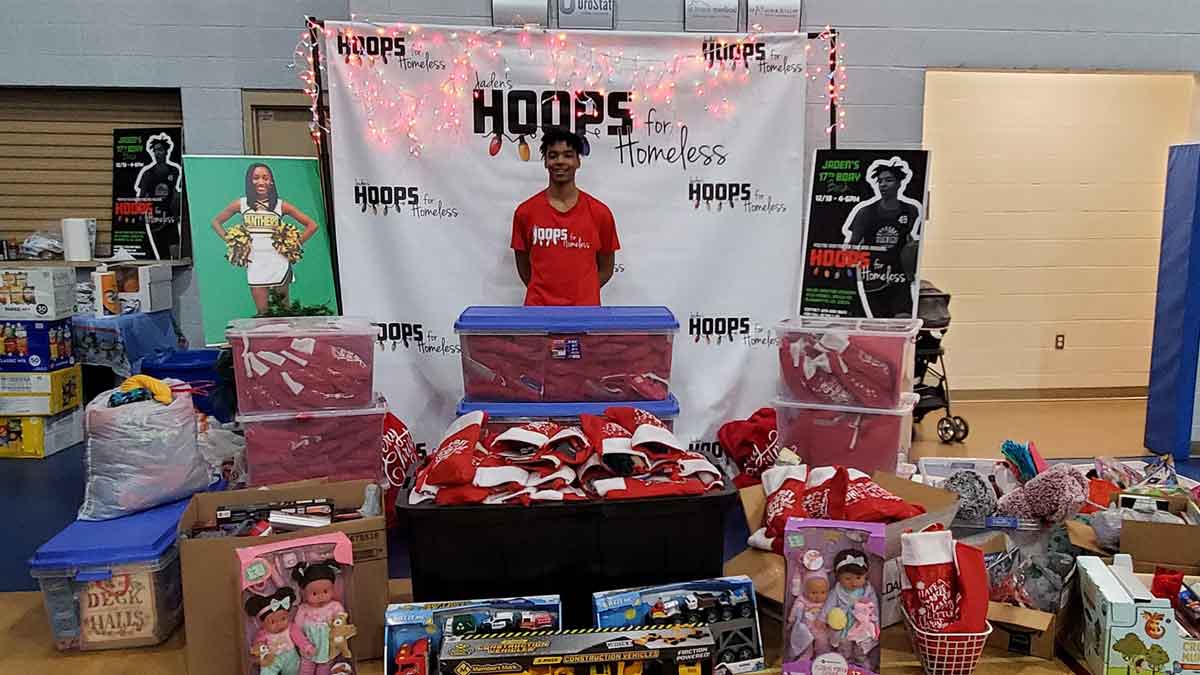 A 17-year-old recently celebrated his birthday by giving back to his community in a big way.

In 2014, Jaden saw his cousin Kaylin Kares feed the homeless on her birthday. He was impressed by her selflessness.

“That speaks volumes to her character,” he told FOX 5 Atlanta.

But shortly after Kaylin volunteered, she was killed in a car accident. Jaden wanted to continue his cousin’s mission, so he created his own event on his birthday.

He calls it “Jaden’s Hoops for Homeless Birthday Bash,” and each year the event grows and supports more people in need.

This year, the 17-year-old asked his community for donations to stuff in stockings to hand out to those who used the resources at Family of Promise of Forsyth.

Jaden hoped to stuff 400 stockings, but by the end of the event he was able to stuff more than 700!

“I’m really proud that he’s doing this, not only because it’s his passion, but he’s actually bringing awareness to other kids his age group to get involved as well,” said Nicole Young, Jaden’s mom, said.

Way to go, Jaden! I can’t wait to see next year’s event.