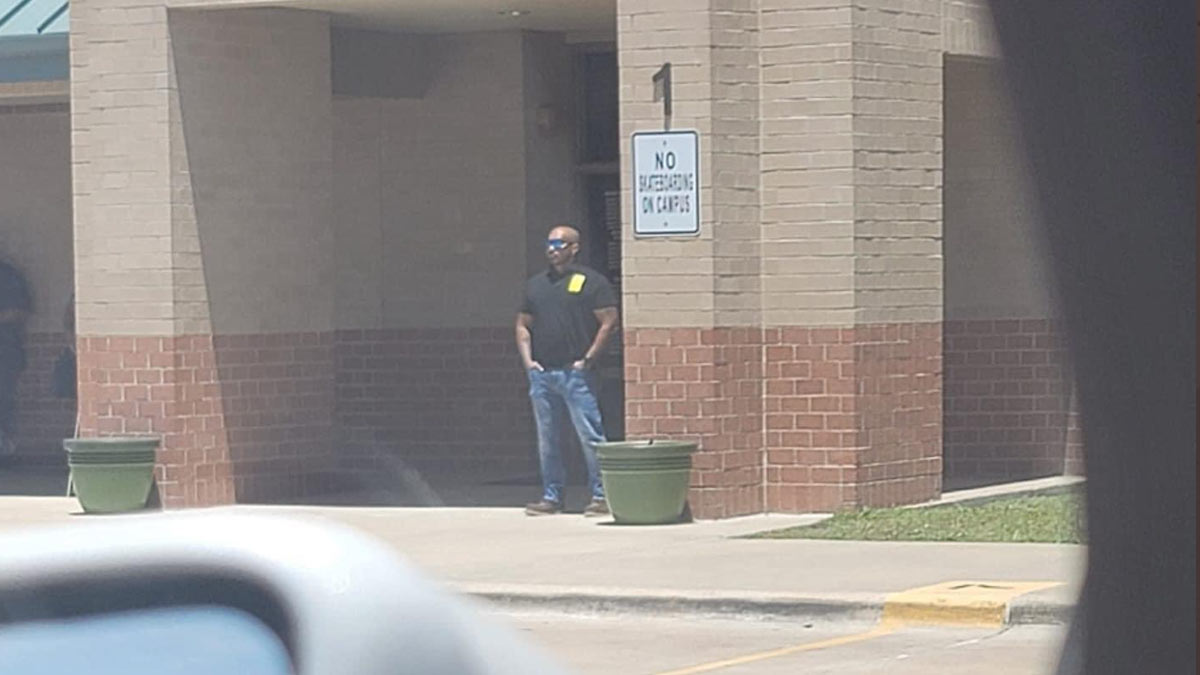 In the wake of the horrific school shooting in Uvalde, Texas, many are frustrated with the idea that there’s seemingly nothing that can be done to stop one school shooting after another.

One father in Central Texas has had enough saying, “I can’t let this go.”

Following the massacre at Robb Elementary School, Ed Chelby wrote an email to the superintendent of the school district where his daughter attends school and his wife is a nurse and asked if he could stand guard outside the building.

To his surprise they said yes.

Another parent captured him standing guard and shared his photo online.

Chelby’s daughter attends Saegert Elementary in Killeen, Texas, and his wife is also a nurse at the school. After the school shooting a little more than 200 miles south of Killeen, he could not sleep.

He wrote an email to the superintendent at Killeen ISD asking if he could stand guard outside Saegert.

“I said I would just be out there unarmed to let people know that I’m watching. Let the parents have a little bit of relief,” he said.

Chelby, who has 11 years with the U.S. Army and a background in security, has already filled out the necessary paperwork to volunteer for next school year.

While it may not seem like much, Chelby said he’s already had several parents come up to him and discuss their struggle with sending their children off to school not knowing if it would be the last time they saw them.

“Him standing in front of the school, that’s reassuring – feeling that we get to go home and see our families this summer,” Samantha Longfeather-Locke, the mother of a student at Saegert said.

I hope this brings some peace to all those struggling to send their children to school. However, this is a temporary fix. We still need a permanent fix to this problem that has plagued us for far too long.