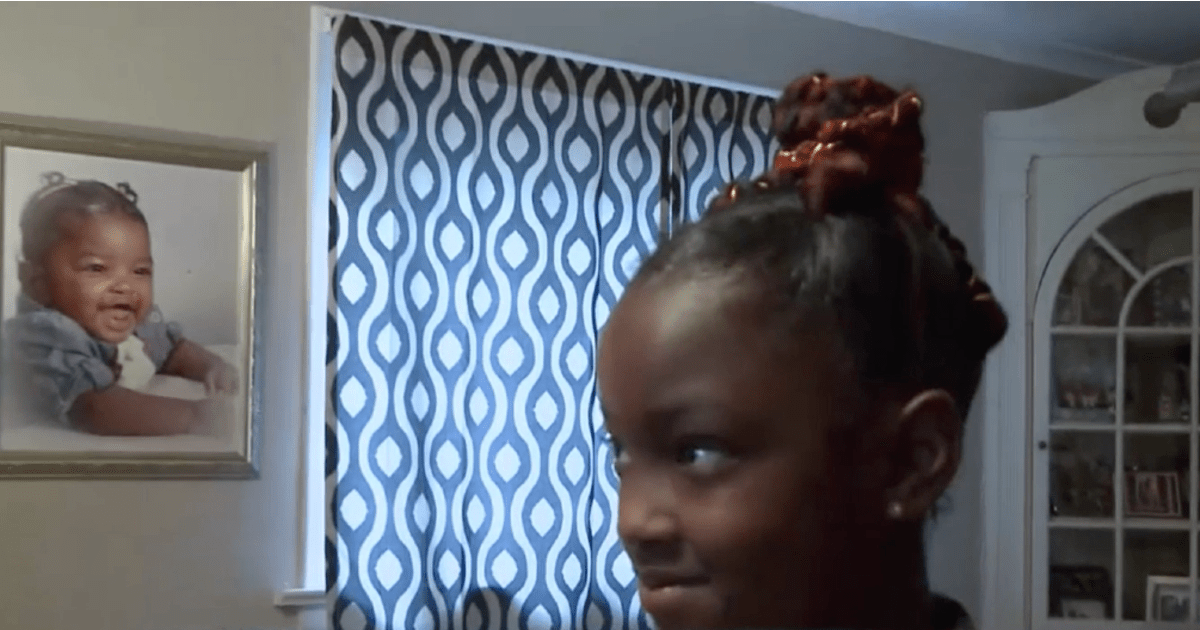 Picture day. Students either love it or can’t wait to get it over with.

Marian Scott, a third grader at Paragon Charter Academy in Jackson, Michigan, was all set to have her picture taken at school, but when it was her turn she was denied a photo. The eight-year-old had to return to class, while her classmates had their photos taken.

Marian wasn’t allowed to take a school photo because her she had red in hair, and it was not her natural hair color. According to the school’s policy, students must wear their natural hair color in order to be photographed. The rules also state that students’ hair must also be “conservative,” while “extreme hairstyles” are forbidden.

The school has strict policies when it comes to hairstyles.

While the school’s handbook clearly states the rules for picture day, Doug claims the school is unclear about what happens when a student like Marian shows up to school with hair that is determined to be unnatural.

He says the rules are confusing because after Marian was singled out for having red hair, she was told to return to class, where she stayed for the remainder of the day.

“If they would have reached out to us and say come get her…she’s got a hair issue, we need you to change it, that’s not allowed – I would have been fine with why this happened but they didn’t reach out to us,” Doug said. “They let her stay in school… so if she’s not a disruption to the class, then why is she a disruption to the picture?”

According to WILX, Paragon Charter Academy sent a message to parents prior to picture day informing them of the dress code, but Doug maintains that his family received no such notice.

“Had I seen the email, I probably would have told Marian’s mother to not do it, but I guess I think it’s good that this happened because now people are going to get the opportunity to see what is really going on.”

The school’s principal explained that Marian was allowed to return to class because students who have a dress code violation are given a week to fix the violation and during that time they are permitted to remain in class.

Marian has since changed her hair to comply with school rules, and her father said he would like to see better communication so similar incidents don’t occur. The third grader will reportedly have her picture taken on November 12, when students are allowed a redo.

Should Marian have been allowed to take her school photo or was the school right to deny her a photo because of her hair?