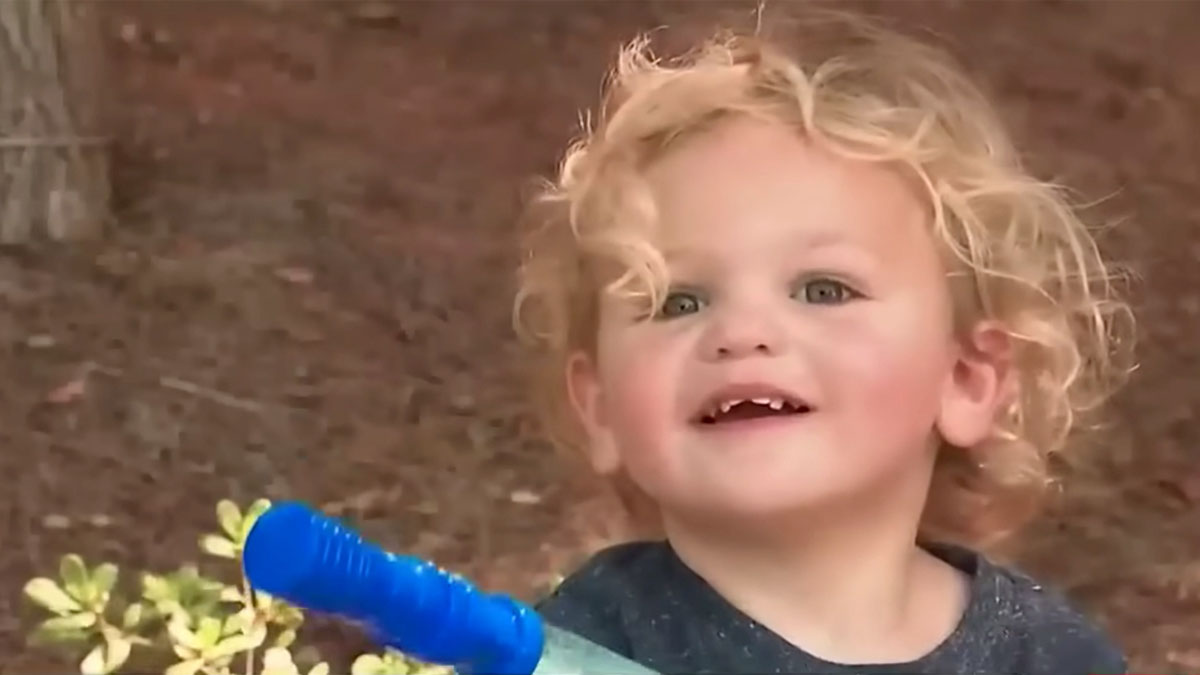 A toddler who was playing with bubbles in their backyard is being credited for locating an elderly woman who had been missing for four days.

On August 12, Brittany Moore and her one 1 ½-year-old son Ethan were playing in the backyard of their Senoia, Georgia home when something unusual caught the boy’s eye.

It was a pair of feet, and they belonged to 82-year-old Nina Lipscomb who had been missing for several days.

She was alive, but disoriented.

Moore said she her son was chasing bubbles through their backyard when he chased them to their fence line.

Something caught his eye and he paused.

At first she couldn’t see the feet, but when she crouched down she saw what her little boy noticed.

“I didn’t know if I needed to go into fight or flight because I had my little boy out here and the other inside.”

When first responders arrived they discovered the feet belonged to an alive, but disoriented Nina Lipscomb. She had been missing for the past four days, and while authorities and community members had been searching for her, no one had been able to find her.

“We pulled out every resource we thought we needed but it was a little boy and she’s very fond of children,” Karen Lipscomb, Nina’s daughter, said.

Nina was found about a quarter of a mile away from where she was last seen.

Karen said her mother, who has early stage Alzheimer’s, left the house on a mission to find her sister who died in March.

Nina was transported to the hospital, and released several days later. She was able to meet Ethan, and her family thanked the little boy for likely saving her life.

“I truly think this was something outside of what any human could do,” Moore said. “It took a child who was being worked by God. We will always teach him what he did, how he played an impact in it.”

I do believe it’s a sign that Ethan found Nina. If it wasn’t for this precious boy the outcome could have been very different.