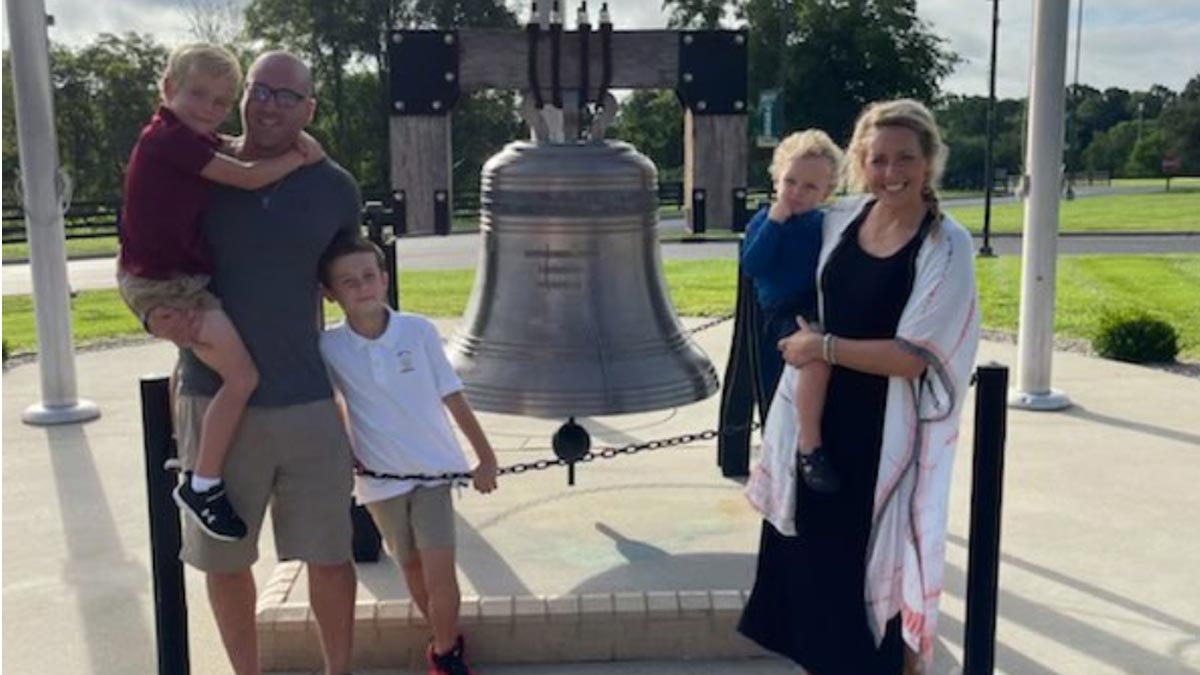 Raina Simpson faced most people’s worst nightmare when at 34 years old she was diagnosed with stage 4 colon cancer.

The southern Kentucky mom was told the cancer had spread to other parts of her body, including her liver.

Her community and church rallied around her to offer whatever help they could while the mom of three endured treatment every other week.

Last September her community organized Run for Raina, a virtual run where the funds raised would help the family’s mounting medical bills. More than 400 people took part from around the nation and even outside the U.S.

Now after a year of grueling treatment Raina says she has beaten cancer and believes God healed her.

“The people that God has sent to me and put in my neighborhood. Everything makes sense,” Raina said, as per Fox News.

“The school and my family just everyone, that God has put in my path, it’s shaped me profoundly.”

She said despite her bleak diagnosis last year she never doubted that she could beat it.

Now the young mom was able to ring the bell at Somerset Christian School, where she was the cheerleading coach, in front of all the people who helped get her through her battle.

Raina also rang the bell to mark her victory at the hospital where she was a patient but due to COVID rules, none of her family were able to attend.

“It was one of those moments you say, ‘I can’t believe it. I can’t believe it, does that mean the race is over?’” she said of being told she no longer had cancer. “Because, it’s weird, you don’t know you crossed the finish line.”

Simpson says her motto is, “trust God and laugh and do the next thing” and now hopes to start a ministry to help other cancer patients.

Her amazing recovery is a credit to her strong faith, community support, and the doctors and nurses who cared and treated her.

It’s wonderful to know that she now has a happy future ahead of her, watching her kids grow. Please share.