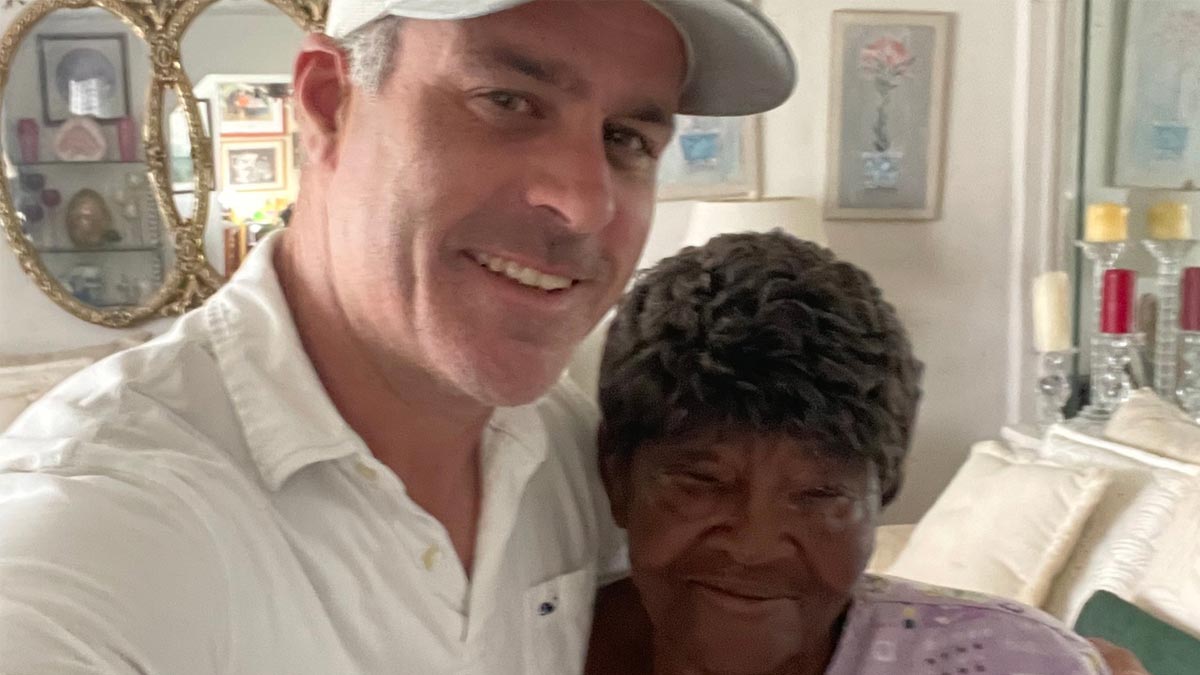 Twenty years later, Mike Moffitt was in Florida for Thanksgiving and decided to surprise Gladys Hankerson, the woman who accidentally called his number two decades earlier.

Twenty years ago, Gladys called a loved one in Maryland, or so she thought. Without realizing it she continuously dialed 401 for the area code, when she needed to dial 410.

Even though most people would probably not answer the phone when someone they don’t know calls, Mike picked up.

“I was raised by my dad, you always answer your phone, you never know who it is,” he said.

“Oh sweetheart I’ve got the wrong number, she said, and hung up real quick, she did that a couple of times that day, next week the same thing, maybe next month,” he recalled.

But over the next few days, then weeks, then months, Gladys continued to misdial her family member’s phone number, and each time she reached Mike.

And Mike continued to answer.

Finally, he was able to get her on the phone for more than a few seconds before she hung up, and he learned her story.

The two continued to talk, and for Gladys their chats lifted her spirits as she was divorced and recently lost her son.

“During that time I was downhearted, and he felt my sympathy and lifted me up, he was real nice you know.”

So this Thanksgiving when Mike and his family were visiting Florida he knew he had to pay a visit to Gladys.

“I walk in and I said I Mike from Rhode Island, and she just threw her hands up and said I’m blessed,” he said.

The once strangers have now become friends, and it all began because Gladys misdialed a phone number.

What a lovely story. I agree with Gladys, I think the world would be a much nicer place if people just took the time to listen to others.