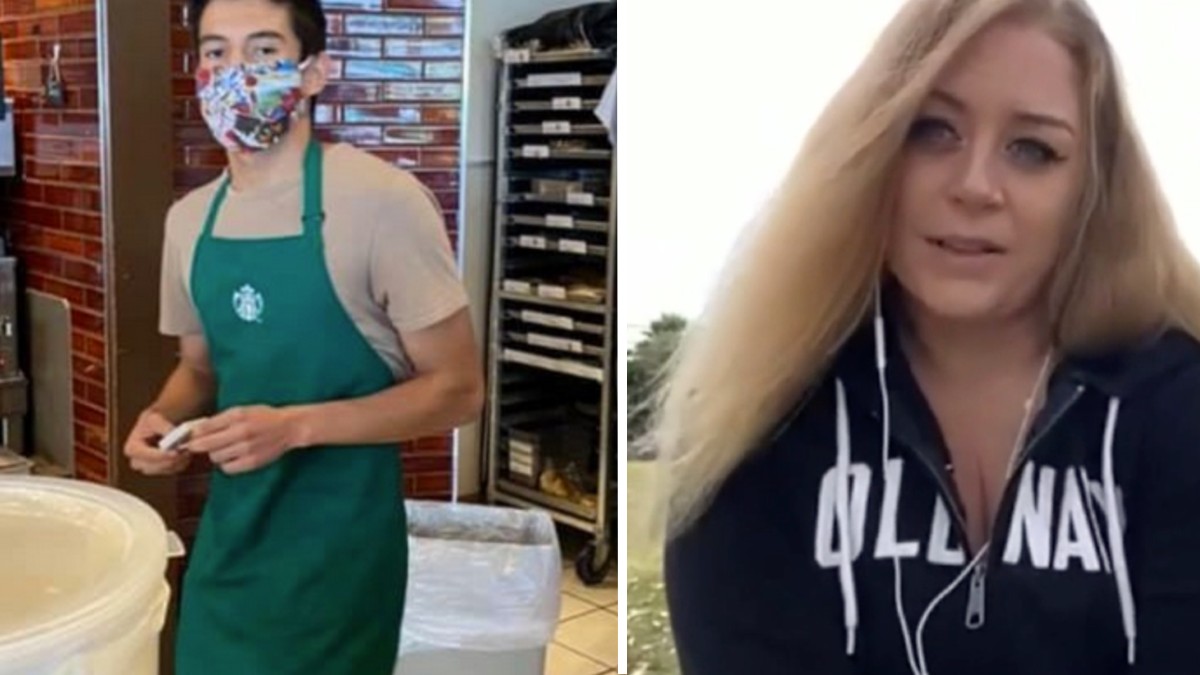 In June 2020, a Starbucks barista made headlines after he stood up to a “Karen” who refused to wear a mask inside the store. The story went viral, and thousands of dollars was raised via a GoFundMe for the barista, who had been saving for college.

Now the woman, her real name Amber Lynn Gilles, is back in the news again. This time she’s suing the creator of the GoFundMe. Her attorney says it ruined Gilles name and image.

KGTV reports that Gilles’ attorney, Michael Harrington, said his client’s name was used in a defamatory way and there was a commercialization aspect without her permission.

“There is an invasion of privacy aspect here as well and it’s defamatory and money was raised by him,” he said.

However, Matt Cowan, a stranger who started the GoFundMe because he wanted to give Lenin the barista a small tip, said he only used a screenshot of Gilles’ original Facebook post.

The original post read, “Meet lenen from Starbucks who refused to serve me cause I’m not wearing a mask. Next time I will wait for cops and bring a medical exemption.”

“Everything was done in a philanthropic sense and I used publicly available information to populate my GoFundMe,” Cowan said.

According to her attorney, Gilles lost work and has received death threats. Cowan doesn’t believe he is responsible for either reaction.

“She made a public Facebook post that went viral and I’m not responsible for whatever anybody else sends to her.”

ABC 7 reports that both parties have started a GoFundMe to raise money to fight the lawsuit. Cowan has raised more than $22,000, while Gilles has raised nearly $6,000.

Do you think Amber Gilles has a case?