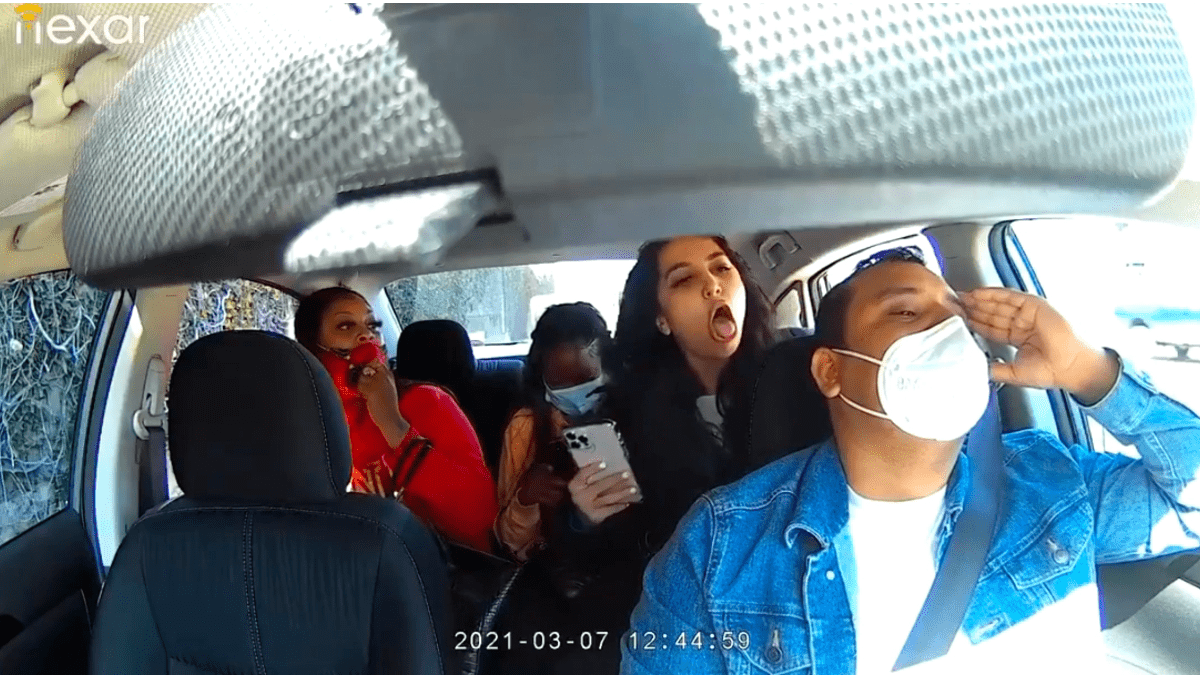 A woman whose attacks on a San Francisco Uber driver went viral this past week has turned herself into police.

The 24-year-old faces charges of first degree robbery, battery on a transit employee, and conspiracy to commit a crime.

The incident occurred on March 7 when Arna Kimiai and two other female passengers got into Subhakar Khadka’s vehicle. At some point during the ride, the passengers began spewing profanities at Khadka.

He pulled over to tell the women they had to wear face masks and that he was cancelling the ride. Khadka said he drove to a gas station so the one woman who didn’t have a face mask could purchase one, and that’s when the trouble began.

Kimiai then reached into the front seat, ripped Khadka’s mask off his face and coughed on him. She also grabbed his phone off the dashboard.

The entire encounter was captured on video.

Eventually the women got out of the car, but Khadka says when they did, one of them sprayed pepper spray inside his car.

“She pepper-sprayed inside my car, from the passenger window that was open little bit, that was the only window open in my car.”

After the incident, Kimiai shared her own account on Instagram. She also described her version of what happened on an Instagram Live where she said she was planning on suing Uber and “that’s why I take Lyft.”

Lyft responded to the video and permanently banned her from their service. Uber also banned her, as well as the other two passengers seen in the viral video.

According to reports, Malaysia King, 24, was arrested after she and another man were caught attempting to use a fake ID to transfer funds at a Bank of America.

Kimiai turned herself in to San Francisco Police Sunday night. Her bond was set at $75,000.

As for Khadka, a GoFundMe was set up after Uber initially only offered to give him $20 to clean his car from the pepper spray. Although Uber eventually settled on $120, Khadka said that still wouldn’t be enough to get the harsh chemical out of his vehicle.

Why do so many people resort to violence? Subhakar Khadka was just doing his job and did not deserve to be threatened.

Share this if you want anyone who threatens a driver to take responsibility for their actions.