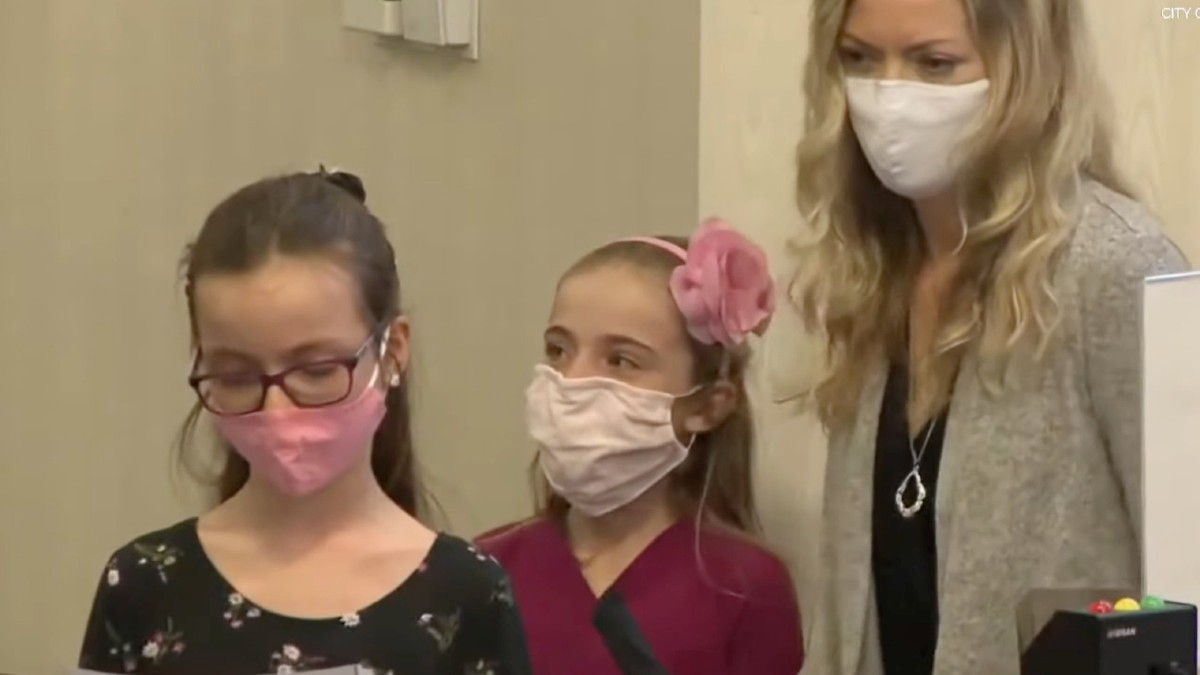 When you pass a construction site, what signs have you seen?

Two young sisters recently asked their mother why construction signs in their Carmel, Indiana neighborhood cautioned people about men working, but not about women working.

Not knowing the answer, the girls’ mother suggested they research it, which eventually led them to speaking in front of the town’s council.

“We got on the computer and found how it was not supposed to be here anymore, and we went from there,” Blair said.

The sisters and their mother learned that there has been a federal law against such signs since 1988, yet the phrase was still being used.

“Women can do anything, and it’s not right to have it just say ‘men,’” Brienne said.

The two young girls decided to write to their local lawmakers about the signs and were later invited to speak in front of a town council meeting.

“You may be thinking ‘well, I don’t really care,’” Brienne said. “But a little girl might want to do construction, and she will see the sign and think, ‘I can’t do construction because the sign says ‘men.’’”

The council’s president Sue Finkam thanked the girls for making the council aware of the issue and then introduced them to women working in the community.

“I learned to stand up for what is right and that women can do anything and that the sign should include all people,” Brienne said.

“We hope, by us calling attention to this matter, that we inspire others to know that their voices, big or small, can make an impact by getting involved in civic duty, learning how government and advocacy works and doing research on a cause you are called to before taking action,” Leslie Babione, the girls’ mother, told the IndyStar.

Finkham said the city council will work with their subcontractors to make the signs more inclusive.

Way to go girls! No matter your age, you can make a difference!

Share this inspiring story on Facebook. We need to inspire the younger generation and let them know that they are capable of changing the world.