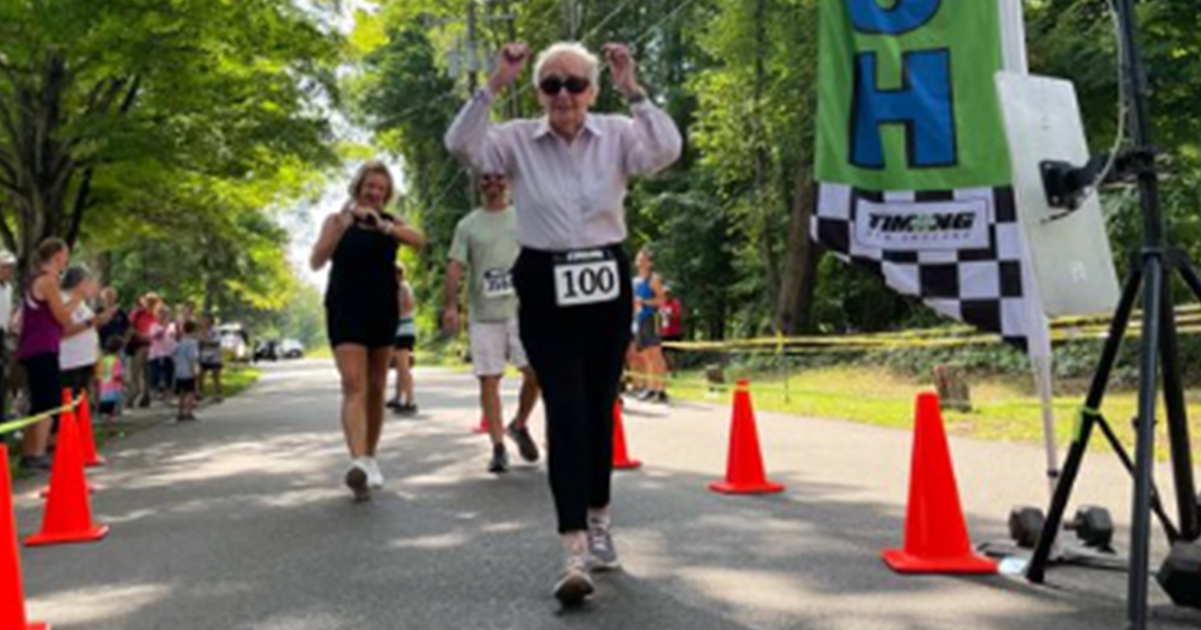 That’s at least if you’re anything like Mick Roberts, a centenarian from Connecticut.

As per reports, Roberts competed in and completed the 5K Haddam Neck Fair Road Race recently, gaining the attention of an entire state in the process.

It was reportedly only a few days after turning 100 that Mick turned out for the race. Remarkably, she was able to complete the 3.1-mile course in 56 minutes.

“Yea I move right along,” she added.

Forget putting her feet up and spending the day in front of the TV; Mick said that she keeps to a daily routine of walking at a fast pace.

In fact, she often leaves others, including her son, Chuck, and daughter-in-law, Donna Roberts, trailing in her wake.

“She’s leading the way here,” Donna said. “She’ll lead us and we just follow and that just says it all.”

Chuck added: “She does walk two or three miles a day so doing a 5K isn’t that big a deal.”

Mick concurred, stating that a 5K course wasn’t too much trouble for her to deal with, despite her advanced age.

Donna said: “It obviously sets the bar pretty high so when my kids say, ‘oh no we don’t want to run the Manchester Road Race this year,’ I’m late grandma did the 5K so you people are running.”

Speaking on her daily routine, Mick said that she likes to get out of the house between two to three times a day.

“I do it twice or three times a day, it doesn’t take very long. I just like to get out in the air and move, I don’t like sitting around,” the 100-year-old explained.

Her determination and will are hardly surprising given the trials and tribulations this inspirational woman has been forced to overcome. As per 11Alive, Mick has lived to see the death of her husband and two of her three sons.

These days, she strives to make other people happy by spreading positivity and love.

I sincerely hope I can be like Mick if I ever get close to 100 years old.