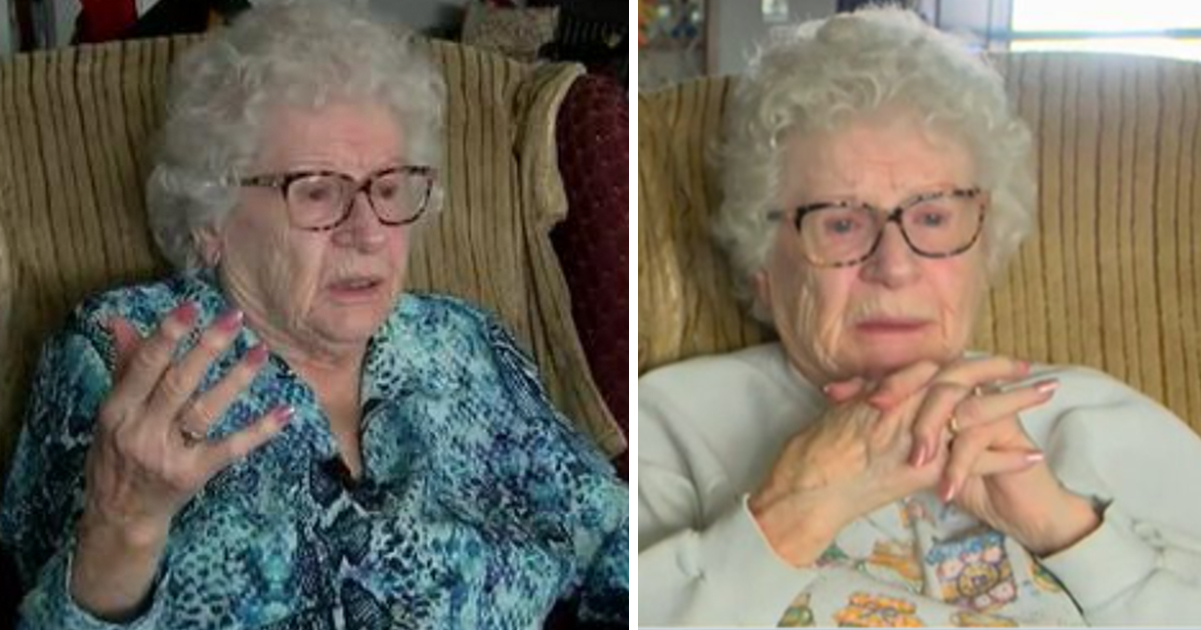 We all like to think we know exactly how we’d react if we found ourself in a high-pressure, high-stakes situation.

I’m talking the sort of scenario that sees you imagine coming upon the scene of a house fire where there are people still trapped inside the building, or a helpless bystander caught up in an attempted bank robbery.

More often than not, we convince ourselves we’d do the right thing – whatever that thing may be. More plainly speaking, very few of us ever imagine that we’d panic or find ourselves lost for words.

One 92-year-old woman from Horry County, South Carolina, knows exactly how she’d react if such a situation unfolded. How? Well because on such situation did unfold.

As per reports, Agnes Ebert couldn’t quite believe her eyes when two armed men broke into her home on Sunday.

Yet though Agnes would have been well within her rights to sit, frozen while they went through her home and took what they would, she was able to convince them to leave simply by talking to them.

According to reports, police are now searching for three suspects.

Anges herself said she was watching a movie when she heard her security system say that her back door was open. It was shortly after that two men walked in, both were holding guns.

Anges, though shocked, didn’t back down.

She explained: “Thought it was a joke, that’s what I said to the kids, ‘Is this a joke? Who are you? And is this a joke?’ I have a lot of boys, and boys like to play jokes, but they never played one like this.

Agnes, who has eight children, 30 grandchildren and 27 great-grandchildren, spoke calmly to the two men, who then turned and left her property without taking anything.

Speaking on her own resilience in the face of danger, the 92-year-old added: “You have to be like that. It comes with age I think. I have 8 children, and almost 30 grandchildren and 27 great-grandchildren and it just … you never know what to expect. So although I never expected that.”

I’m just relieved that Agnes wasn’t in any way harmed when these two men forced their way into her home.

What a terrifying thing to have happened to her!

Please, share this article on Facebook to remind people to always stay vigilant where their homes are concerned.