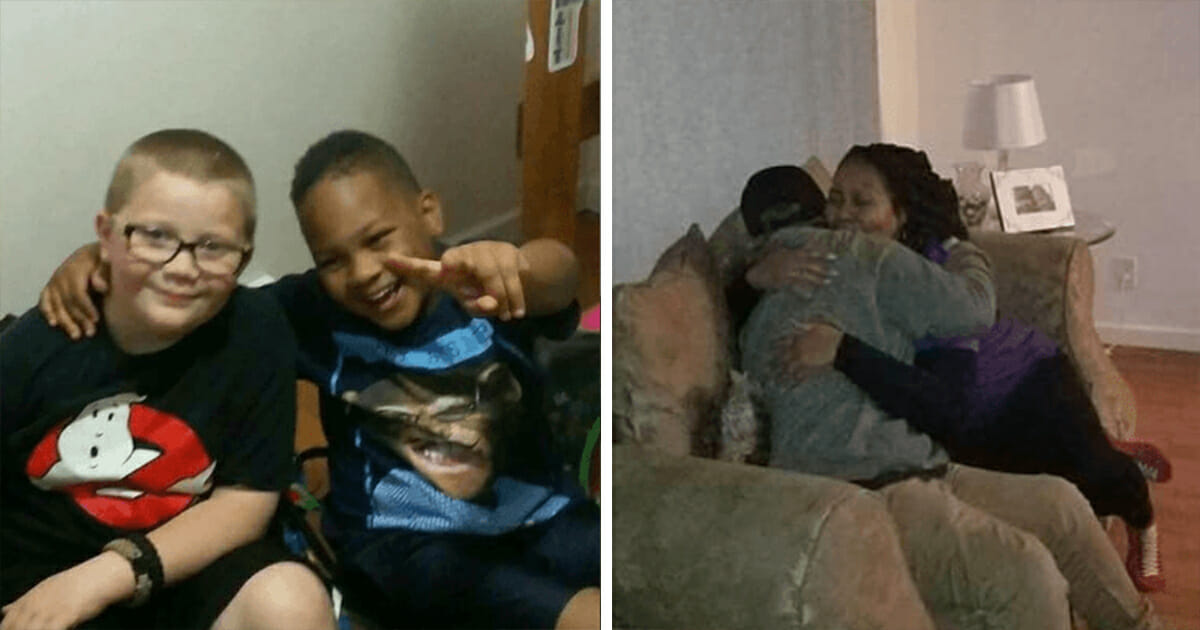 The bond of friendship is notoriously powerful. From an early age we begin to make friends with others, often developing connections that help us mature and make our way through life.

Almost everyone has that one special friend they grew up with. Some are lucky enough to still be friends with them when adulthood comes, promising a friendship that will likely endure in some shape or form for a lifetime.

Kaleb Klakulak had that sort of friend. He struck up a close friendship with another 12-year-old, Kenneth “K.J.” Gross, in second grade, and it was clear from the start that the pair of them were thick as thieves.

Sadly, their earthly friendship was cut short when K.J. died of congestive heart failure on May 1, 2019.

K.J. had been diagnosed with leukaemia and fought the disease bravely throughout his young life. Kaleb was with him almost every step of the way, sharing jokes and laughs as they watched TV in K.J.’s hospital room and making the most of the time they had together.

Tragically, K.J.’s cancer ended up taking his life. Further still, his mom, LaSondra Singleton, didn’t have the money to pay for a headstone for her son’s grave.

For Kaleb, this simply spurred him on to do something special. He decided he was going to raise the money needed for the stone.

Kaleb began doing odd jobs such as collecting pop bottles and fundraising on social media, all with the aim of helping LaSondra get the necessary money together.

“I was sad she couldn’t afford it. I wanted people to be able to find (K.J.’s grave) when they went to see him,” he said.

The Detroit News published an article about Kaleb’s efforts and the public responded positively. The $2,500 pledge goal was soon surpassed thanks to kind donations, meaning K.J.’s mom would be able to fit his grave with a headstone.

As per the New York Times, Kaleb went with LaSondra to pick out the stone. K.J.’s mom said she wanted it to read:

Thank you, Kaleb, for this wonderful act of giving. We’re sure K.J. would be mighty proud of you.

Share this article if you think this story reminds us of the power a friendship can have.