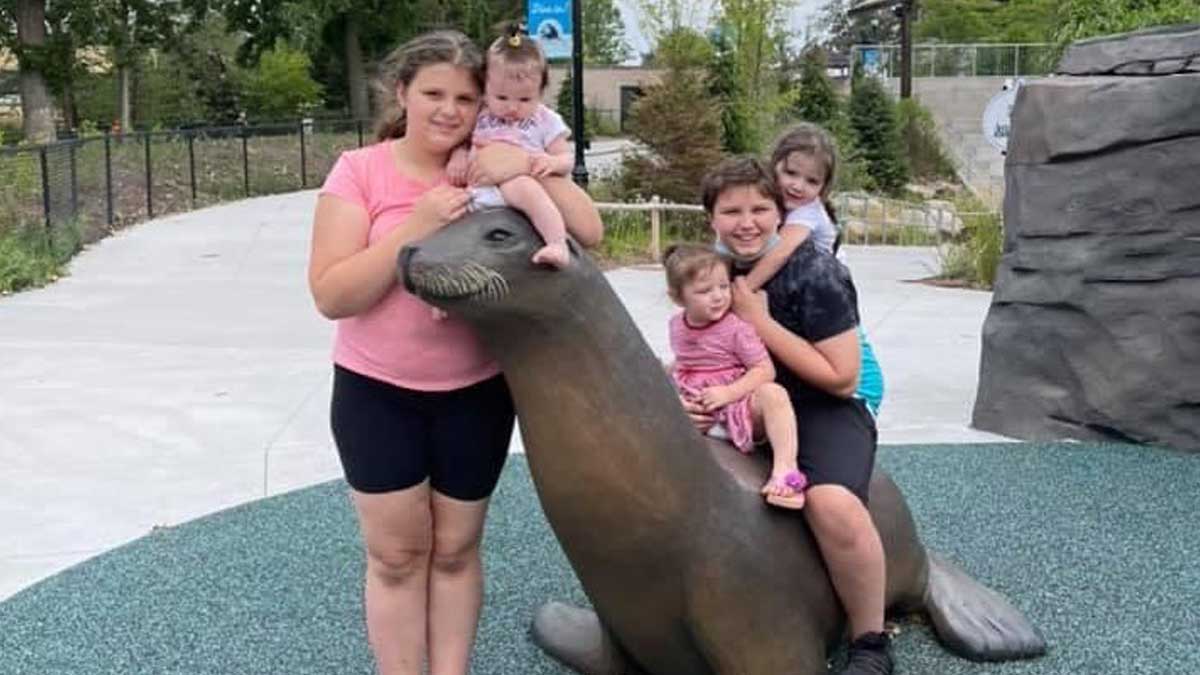 A 13-year-old boy is being hailed as a hero for his courageous act over the Labor Day weekend.

While his parents were at the grocery store, a fire started in the family’s house in Webster, Wisconsin. Without giving it too much thought, the teen rushed to get his four sisters outside.

The family’s house was a complete loss, but everyone survived thanks to Briar’s quick-thinking.

The incident occurred shortly after Kelly and Jay Omar went to the grocery store.

They left their five children, ranging in age 6 months to 13 years old, at home alone.

But about 10 minutes after they left, some of the siblings began to smell smoke. Somehow the playpen caught fire.

“My sisters. That was the first thing I thought of. I knew I had to get them out of the house,” Briar told WCCO.

Using what his parents taught him about what to do in an emergency, Briar and his sister Peyton worked to get their younger siblings out of the house.

Once everyone was safe, Briar attempted to save the family’s house too, but he quickly realized the flames were too big for a fire extinguisher.

And it went up in bigger flames and I just couldn’t breathe. I couldn’t see. I almost collapsed and then that’s when I felt my dog rub against me and I grabbed her and she led me out the door,” he said.

Briar and the family dog escaped.

Kelly and Jay returned home just as Briar and their dog had made it back outside.

She described the scene as “terrifying.”

“Until you saw every single child, it was terrifying.”

The cause of the fire is currently under investigation.

A GoFundMe has been set up to help the Omar family as they lost absolutely everything in the fire.

You’re a very brave young man, Briar! Your parents and community are very proud of you for acting as you did in such a scary situation.