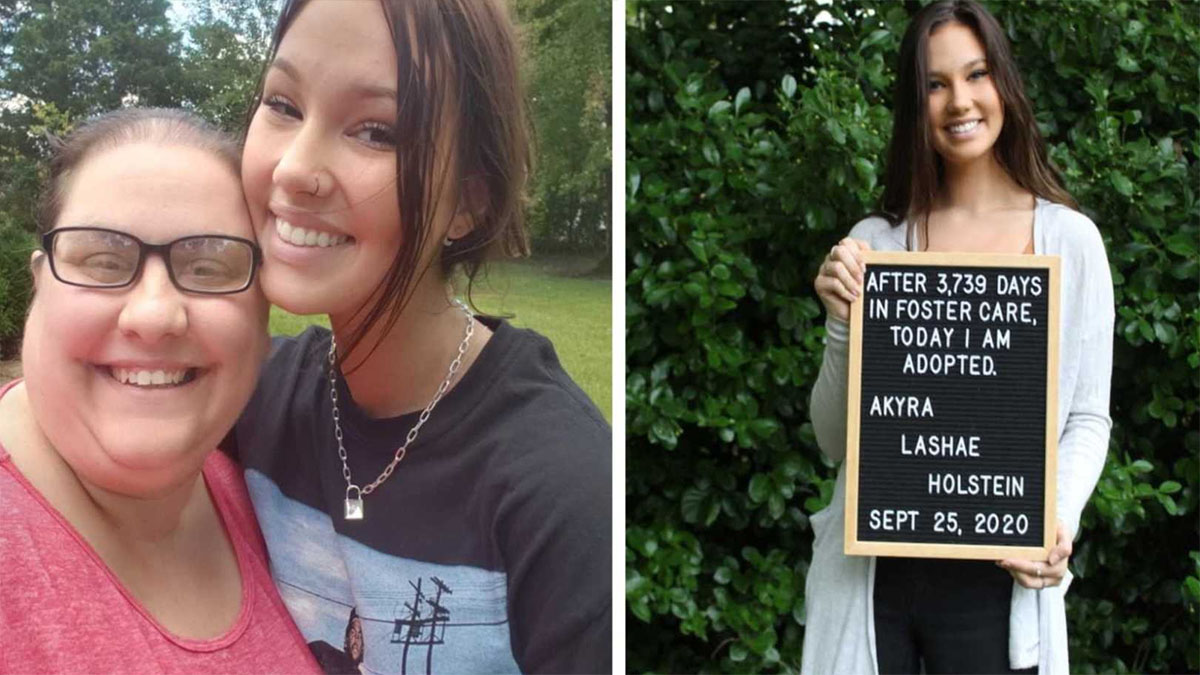 It’s a tragedy that so many teenagers spend years of their life in foster care never getting the forever family they deserve.

More than 23,000 children will age out of the foster care system each year in the U.S. and many will find themselves homeless, according to the National Foster Youth Institute.

Akyra feared she would become one of these tragic statistics after spending the equivalent of 10 years or 3,739 days in the foster care system.

The now 17-year-old had lived in 24 different foster homes when she met Katie Holstein, a single mom from Kentucky who had fostered 16 kids since 2017.

“I started the process to become licensed as a foster parent in January of 2017. I wanted to be a mom, and I was tired of waiting around for Mr. Right to make it happen,” Katie told Love What Matters.

“I figured I would foster for several years, help reunite some families, and maybe eventually get to say yes to forever.”

Katie had never fostered a child over the age of 6 until she was told about Akyra in a call from her “favorite social worker” who had a special request.

“I know you don’t do teens, but I have this girl. She’s great, her and her current foster family just need a break. What about just for the weekend?”

Akyra, or Okra as Katie calls her, who was 16 at the time, ended up staying with Katie for a week and a number of other short breaks until her placement ended.

Katie had a full house at the time with 5 foster kids all under 5, she wasn’t able to take on another full-time foster child.

But knowing how important it was to have a home while finishing high school, Katie allowed Akyra to stay with her as many times as she could allow.

Over a year after the two had met the young girl was brave enough to ask Katie a question. Akyra asked her how she felt about adopting a teen.

“I think that was an important moment for her, because that decision came completely from her. After so many years of having no control over where she lived, she got a say in what she wanted.”

So just three days before Akyra turned 17, Katie adopted her for good.

The adoption ceremony was held via Zoom but it wasn’t just Akyra that was adopted by Katie that day, Katie also adopted Thomas, or Tiny, a 1 year old who Katie had looked after since he was 6 days old.

Katie feels so blessed that Akyra chose her to be her mom.

“Even though she’s been in foster care for so long only to be disappointed, she took a chance on me and my family and let herself be loved again.

“She’s got a lot of her own life experiences and opinions and I respect that, I’m not a domineering mom. It was a learning curve for us both, and we’re still learning now, but it’s worth it.”

These two chose each other and their story is so beautiful. I hope it serves as an inspiration to others just how much love you are letting into your life when you choose to foster a child.