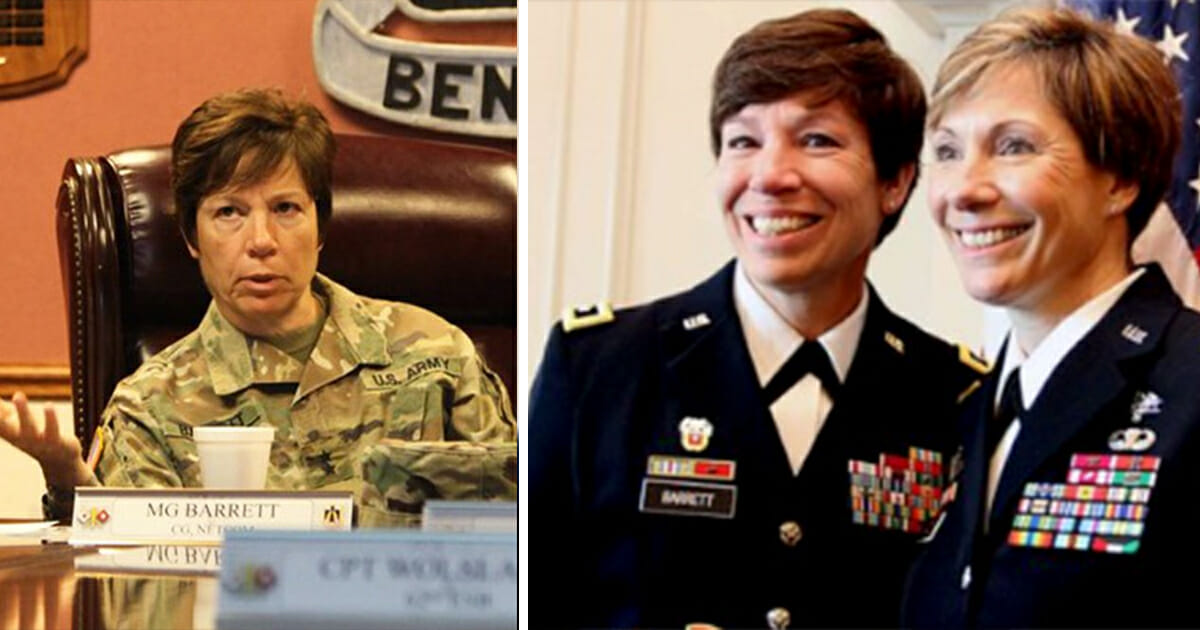 Congratulations are in order for Major General Maria Barrett and Brigadier General Paula Lodi, who are the first sisters to attain the rank of general in the U.S. Army’s 244-year history.

According to reports, 53-year-old Barrett – already a two-star general – was joined by her 51-year-old sister on July 12, when the latter received her promotion to the one-star rank of brigadier general.

In a touching turn of events, it was Barrett who presented Lodi with her one-star rank insignia.

"Military family" takes on new meaning for a set of sisters who made history as the first to both attain the general's rank in U.S. Army. https://t.co/fYdOatHe1e

As per the Daily Mail, neither of the sisters had initially planned to rise to the rank of general. Lodi had wanted to be a soldier ever since she was a child, whilst Barrett described landing a cyber career with NETCOM as “almost accidental”. Army reported that Barrett had wanted to enroll in an art school or establish a career in the foreign service.

Speaking to USA Today, Barrett said: “I don’t think either one of us told us back in high school when we were both playing soccer together, that this is where we would be 27, 30 years from now.

“I don’t think either one of us would have told you that this is how the story would end.”

US Army names two sisters as generals for the first time in the service's 244-year history https://t.co/Cu0qCcImMN

Barrett and Lodi’s father was a World War II veteran and recipient of the Silver Star. Barrett credits him with instilling in them a respect for public service.

“Both of my parents were school teachers,” Barrett said. “When my mother started having children, she got out, but she continued to be active in the community. So I do think probably underlying everything is that service component to it.”

Meanwhile, the sisters have been lauded by U.S. Army Chief of Staff Gen. James C. McConville as, “exceptional, proven leaders who’ve distinguished themselves over the course of their careers at various levels of command and during multiple combat tours.”

MG Maria Barrett, NETCOM CG, serves a holiday meal to a NETCOM Soldier as part of the post Thanksgiving celebration…

“These officers serve in critical career fields and lead organizations essential to the Army mission,” he said.

What makes the sisters’ achievements even more impressive is the fact that amongst 1.3 million active-duty military members in the U.S. Army, only 16 percent are female.

“The fact that we’re sisters, not brothers, I think it’s a huge illustration of how far we’ve come as a service,” Lodi said.

Congratulations, ladies, and thank you for serving our country with distinction!