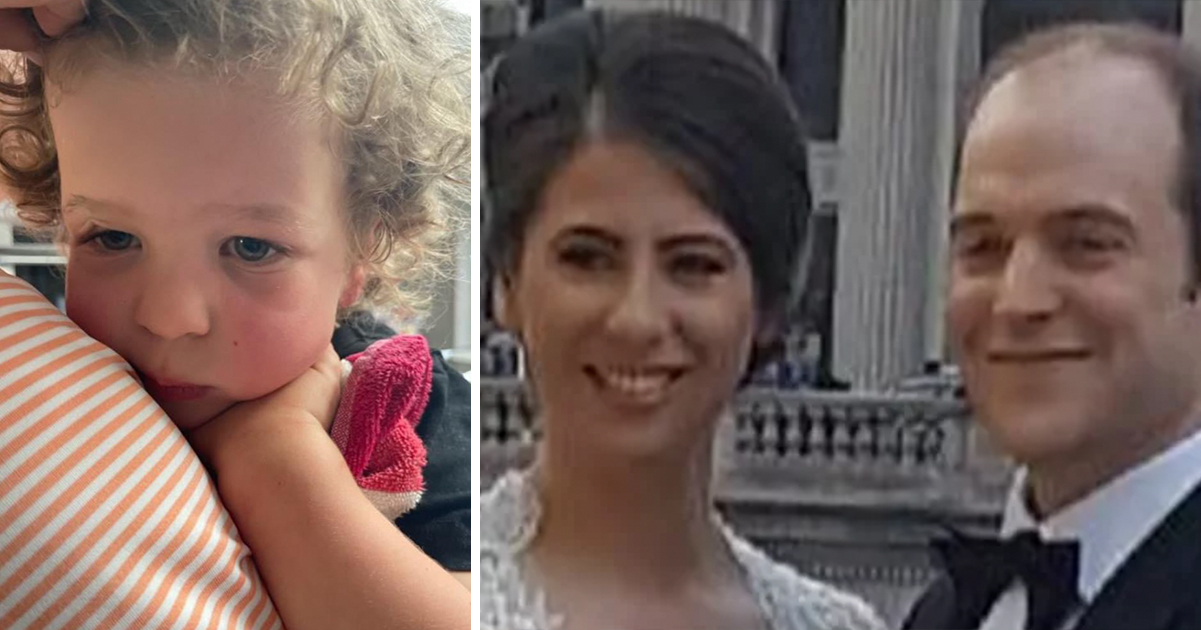 A 2-year-old boy who survived Monday’s horrific Highland Park parade shooting was found under the body of his father, who later died of his injuries.

According to tragic reports, Irina McCarthy, 35, and her husband, Kevin McCarthy, 37, had attended the Fourth of July parade with their young son Aiden.

A gunman, said to have been dressed in women’s clothing in an attempt to avoid capture, opened fire on crowds, killing seven and wounding dozens others.

The attack, which occurred in Highland Park, Illinois, is believed to have taken place from a rooftop overlooking the parade route. As per CNN, firearm evidence was found on the roof of a nearby business, with the gunman suspected of having used a ladder attached to the wall of the building in an alley.

The Daily Beast say that 2-year-old Aiden McCarthy was discovered under the body of his dying father.

Lauren Silva, 38, who was also at the parade, said: “My boyfriend handed me this little boy and said he was underneath this father who was shot in the leg.

“They were trying to stop the bleeding, so I brought the boy downstairs into the garage.

“He kept asking if mom and dad are going to come back soon.”

Earlier this week, a GoFundMe page was set up in the child’s honor. As of yesterday, the page had raised more than $1 million.

The GoFundMe reads: “In the aftermath of the Highland Park, IL shootings on July 4, the North Shore community rallied to help a boy who we knew nothing about. We took him to safety under tragic circumstances, came together to locate his grandparents, and prayed for the safety of his family.

“Sadly, I need to share his name…Aiden McCarthy. And he needs more of our help. His parents Irina & Kevin were killed during the July 4 shooting. At two years old, Aiden is left in the unthinkable position; to grow up without his parents.”

Aiden is currently in the care of his maternal grandparents, Misha and Nina Levberg, having been reunited with them thanks to a social media effort in the immediate aftermath of the shooting.

“He will have a long road ahead to heal, find stability, and ultimately navigate life as an orphan. He is surrounded by a community of friends and extended family that will embrace him with love, and any means available to ensure he has everything he needs as he grows,” the GoFundMe continued.

“On behalf of his family, and with their permission, I am establishing this fundraiser to support him and the caregivers who will be tasked with raising, caring for, and supporting Aiden as he and his support system embark on this unexpected journey.”

As per reports, the suspect, 21-year-old Robert E. Crimo III, was taken into custody after being detained during a traffic stop. He now faces seven charges of first-degree murder, while multiple further charges, including attempted murder, are pending,.

The suspect is said to have fired more than 70 rounds at crowds gathered to watch the Fourth of July parade. Crimo is due in court today (Wednesday), where Eric Rinehart, Lake County state’s attorney, plans to ask the judge to deny him bail.

My heart bleeds for little Aiden and his lost parents, as it does for all of the victims of Monday’s cowardly attack.

Please, share this article in memory of those who lost their lives that day, and leave a comment if you want to send a message of love and support.