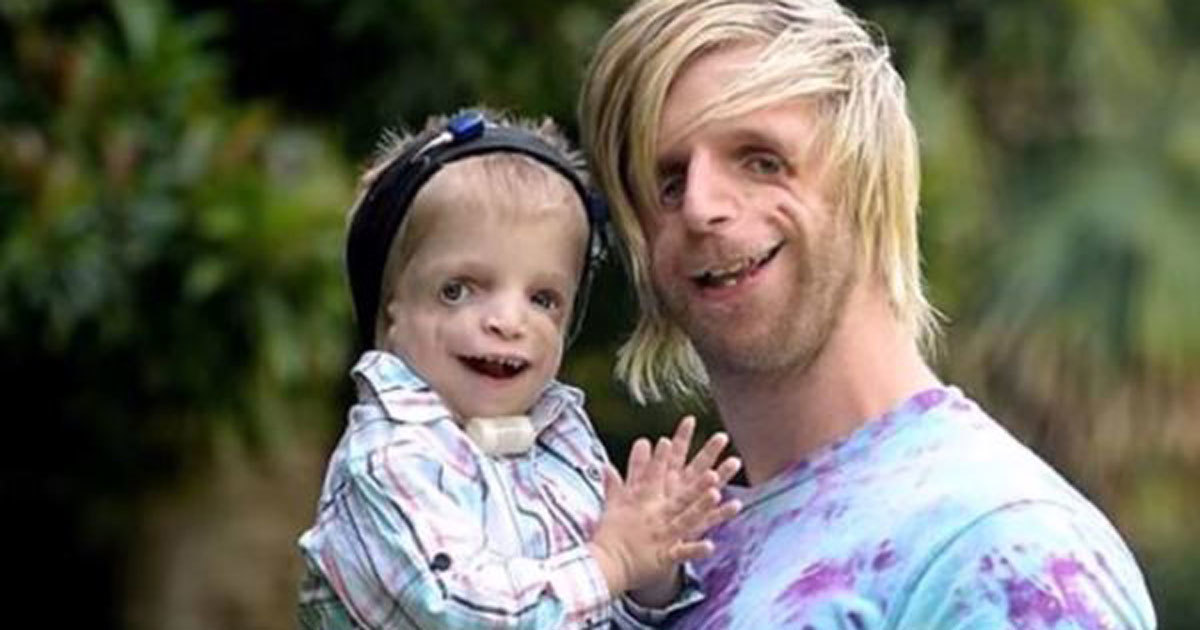 We live in a world obsessed with appearance. And for those who don’t look like everybody else or don’t fit the “norm,” society can be downright cruel.

I think most of us would agree that it shouldn’t be this way. But still, it happens every day in one way or another.

To illustrate this, we need look to further than Jono Lancaster, who knows better than anyone how cruel the world can be.

Jono Lancaster, from the UK, has Treacher Collins syndrome, a congenital disorder that caused his facial bones to develop in an asymmetrical way. The condition has made life difficult for Jono right from the start—his parents abandoned him when he was only hours old.

Jono’s early years were marked by bullying and a reluctance from the outside world to show understanding. But Jono refused to give up.

Today, Jono is 30 years old and focuses on staying positive and using his experience to do something good for the world.

One child Jono met is two-year-old Zackary Walton of Australia. Despite his young age, Zackary has already been teased about the disease and his deformed face. Last November, Jono and Zackary met for the first time and Jono posted this picture on Facebook.

In video below, you listen to Jono tell his story. I promise you it won’t leave you untouched. Although his story begins tragically, Jono’s strength and courage are truly inspiring.

I hope that we can spread Jono’s story, not only to inspire people, but also to give them the hope and confidence they need. I know I need some from time to time.

Never judge, bully, or discriminate against anyone because of their appearance! If you agree, share the article with your friends.